How to arrest the debtor's property

When a person accumulates"official" debt to the Bank, government, ex-wife, it will be fined. One of which can be seizure of property. Typically, this occurs at the decision of the court in cases where the debtor regularly refuses to pay the bills and have to search long. The very same procedure of seizure of property is quite simple. 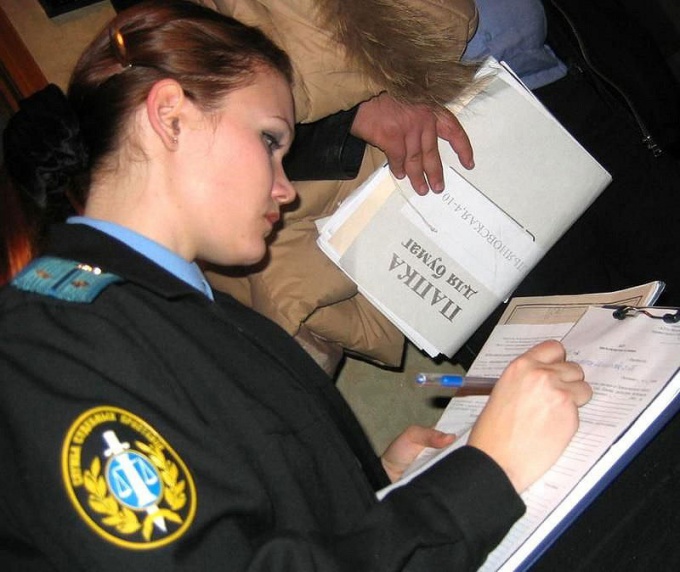 Related articles:
Instruction
1
When carrying out arrest of property of the debtor you must make the act of seizure is called a seizure. It is necessary to specify the following data: surname, name, patronymic of all those people who were present in the premises when making an arrest; the full name of all things seized with a detailed description of their distinctive features or listing the documents that prove ownership of the item; a preliminary assessment of the value of these items; the type, scope and period of restrictions on the right to the use of the property; must be marked for exemption, and indicated that the person who took custody of all seized items. Also you should note that the nominee is aware of what awaits him in the case of embezzlement or partial assignment of the property, which was transferred to him for safekeeping. Be sure to specify in the inventory, if there were any comments or statements from persons who attended as witnesses.
2
Verify that the inventory was signed by the bailiff, who is responsible for the seizure of property, the witnesses and the person who is arrested to store things. If the arrest was attended by some other person, their signatures should also be put in the inventory. Be sure to check that have been stamped with the corresponding note in the document if someone refused to sign the inventory.
3
Copies of the compiled document should be given to the person or organization to which the Respondent has debt. And to do this is the next day after judgment. If the property is taken, it should be prevented immediately.
4
The rules of seizure of property prescribed in article 80 of the Federal law "On enforcement proceedings". It's the period in which the bailiff should carry out the procedure of seizure of property. On the same position of the bailiff is allowed to refuse the imposition of arrest on property of the debtor, if he sees some inconsistencies.
Useful advice
Introduced into legislation by the President of the Russian Federation amendments 2012 allow bailiffs not only to seize property, but also to delay of the debtor to ascertain all the circumstances.
Is the advice useful?
See also
Присоединяйтесь к нам
New advices