How to connect a thermocouple 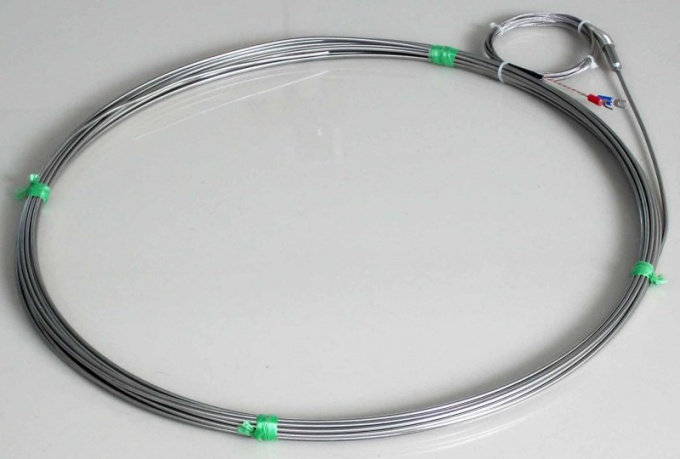 Related articles:
Instruction
1
Connect thermocouples to the instrument with a special termoelektrodny (compensation) wires. They should be made of the same materials as the thermocouple. You can also use metal wires with thermoelectric characteristics that are similar to the characteristics of the electrodes of the thermocouple. Observe polarity when connecting with her compensation wires.
2
Screen the line sensor and the device. This will help to avoid the adverse impact of noise on the measuring part of the thermocouple. Use as a screen grounded steel pipe. If you do not follow this condition, then the measurement can be considerable error.
3
To measure the temperature of computer CPU, heatsink, drill the exact center and install the sensor there. At the same time provide a pressure transducer any possible means. You can use glue and fix it that way, but may be difficult under this option. There may also be problems with the thermal conductivity of the radiator, so this method is used in extreme cases.
4
Connect the electronic measuring system or the measuring device to the ends of thermoelectrodes or break one of them. The thermocouple in conjunction with an electric measuring device forms a thermoelectric thermometer. In places where the connected conductors of the thermocouple, thermoelectric power occur. They affect the input of the measuring system, and the sum of the signals received from the working thermocouple and from the "thermocouple", which originated at the connection.
5
To avoid this effect, it is necessary to constantly maintain the temperature of the cold junction. Its temperature must be measured by another sensor, then the magnitude of the thermopower subtracted from the signal of the thermocouple.
Is the advice useful?
See also
Подписывайтесь на наш канал