The legend of lake Seliger

During the Ice age, around 25,000 years ago, descended the glacier, which created the Valdai hills, with its rolling hills. The formed hole began to be filled by meltwater, thus was born the famous lake Seliger. The lake has clear water, which corresponds to its name which is translated from Finnish as "selhea has meaning "pure, clear". 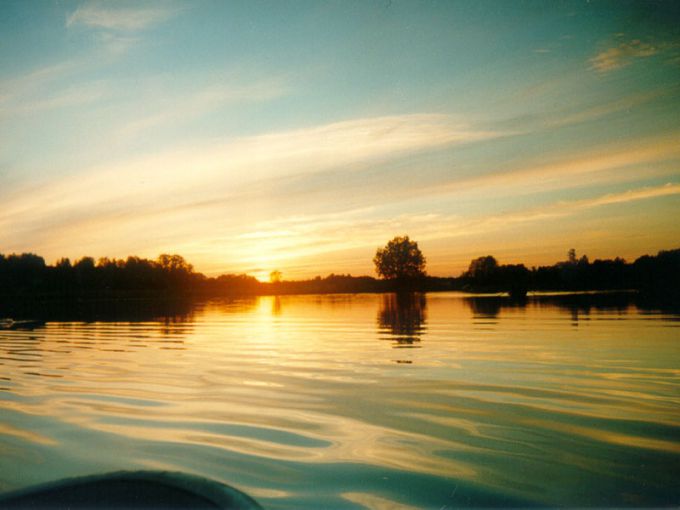 Surprise lake also located a number of Islands, of which there are about 169 pieces. Many of them are not that large in area (about 10 meters in diameter), but the biggest is the island Khachin, which is the 13 small private lakes.

About the amazing lake Seliger with its diversity of Islands was composed no less amazing and beautiful legend. Legend says that in very ancient times on earth lived the brothers of lake Ilmen and Seliger. The brothers were Volga-sister, whom they loved very much. And here asked Volga to show her the Caspian sea, of whose grandeur she had heard. Could not refuse her brothers and promised to fulfill the desire. They gathered in the campaign, but agreed to go all together and only during the day, not to get lost and not get lost. This was done, walked several days they. But one night woke up a'men brother and saw the brother Seliger had cheated him and left with her sister secretly. Angry brother Ilmen for such treachery, and cursed him for his deception with these words: "Oh, who betrayed me brother Seliger, curse you for infidelity! So let your back will be a hundred humps!" The gods have heard it, and for the fact that Seliger had violated the oath, he performed a curse brother. Since then, and is Seliger for yourself the Islands-the humps.

Today the lake has a coastline of 590 kilometers. The water area of 260 square kilometers. Seliger has large and small pools, which are connected by Straits. Ples is a relatively large area body of water lake, located between the Islands.

Has the lake and the Straits, a narrow of them is called mitarai, called large rivers. The total number of spills is 23 pieces. The lake has a sandy bottom. Because of the many shoals, located on the lake, swim in it can only be a small trial, however, there is a large depression, whose depth is 30 meters.

The lake itself and surrounding landscapes are filled with charming beauty, so you should visit this place.