Camp Nou is the main attraction of Barcelona

For anybody not a secret, as residents of Catalonia love your unique football club. And, of course, every citizen of Barcelona knows that the main strength of the club - the camp Nou stadium. Many tourists visiting the city, trying to get to this magical place. 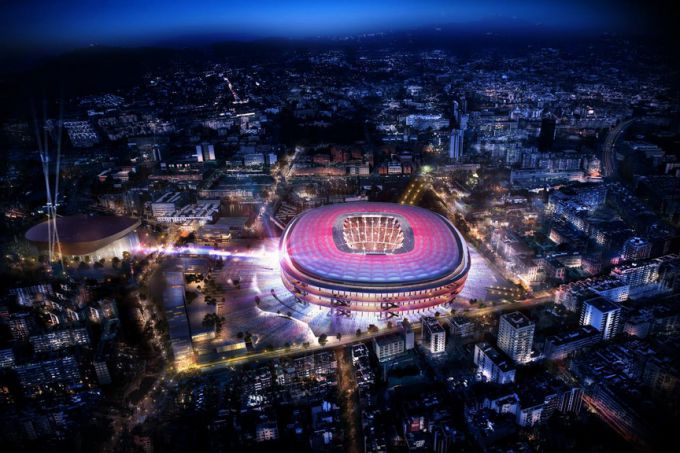 The largest arena in Spain are able to contain within its walls nearly a hundred thousand people. FIFA have given this stadium the status of 5 stars. Very few stadiums in Europe can boast of such an honorable title. The construction of camp Nou began in 1953 and was completed in 4 years. The first game was a friendly match with the local team Legia, a representative of Poland. The game ended with the score 4:2 in favor of the hosts. The name translated from Catalan means "new field". This name became official in 2000.

The most popular Museum in Barcelona is the Museum of the artist Picasso. In second place is the Museum of football club Barcelona. This is not surprising. According to statistics, only in 2010 the Museum was visited by 1.3 million tourists. The Museum occupies a large area divided into three zones. In the 1st area is a huge interactive screen. It shows information about the club, various historical data, as well as many videos and photos. In the second section, a collection of artists of Catalonia. The most popular one is the third section. Because here placed all the trophies for this great club. Here is exhibited a lot of interesting things. Golden boot Messi, Maradona t-shirt and more.

The stadium was rebuilt several times and reconstructed. Each time it gets better. A great team makes history on a Grand stage. In the stands of camp Nou, you can hear that it's "more than a club" that is true.
Is the advice useful?
Подписывайтесь на наш канал