The English kitchen: simple and nutritious

The main factors that played a significant role in the formation of British cuisine, have become favorite culinary delights of the British conquerors of the land and the location of the state on the island. 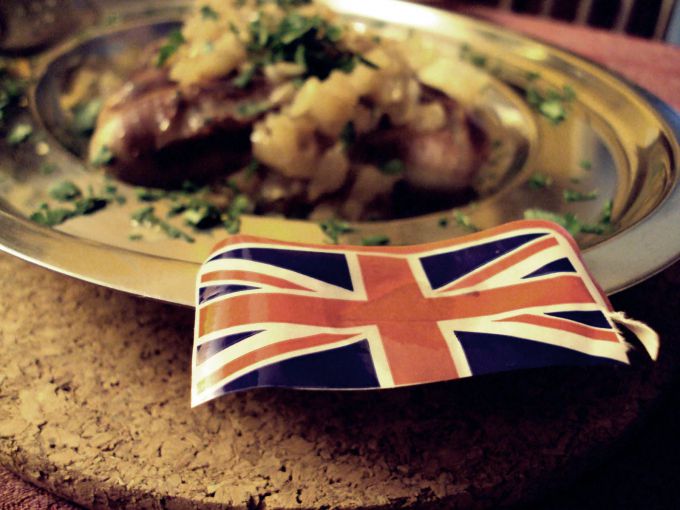 At the time, while England turned to the British Empire, traditional kitchen was gradually absorbed features and secrets of Indian, American and Chinese dishes. India gave the British the cinnamon, curry, saffron, and North America shared red potatoes.

In the middle Ages a staple of any table was the bread. However the taste and appearance depended on the varieties of grain, and family income.

An equally important ingredient in the diet of any Englishman was the fish. There was even a decree that on certain days (Wednesday, Friday and Saturday) the eating of meat is strictly prohibited. In addition, during religious fasting population along with the meat could not eat eggs and dairy products. In the end, the population of England in the Middle ages mainly ate fish.

In the same period, the country began the active distribution of sheep. And the only source of milk and meat were goats. If the common people only consumed goat meat and veal, wealthy British had a preference for beef, less lamb. Among the clergy popular poultry and game.

Modern English cuisine is based on meat, vegetables, cereals, fish, and ceased to use large quantities of condiments and seasonings.

Special attention should be paid to the rich assortment of snacks. The most popular among them are triangular sandwiches of white bread with cucumber, without which no cost, no buffet in the world. Of the first dishes the British prefer soups or broth, but to the table they are served very rarely. Seafood is a preference for squid, lobster, and fish population likes to eat herring and cod.

The main love of the British is meat. Often it can be baked or cut into steaks and fried in butter. As a side dish to meat usually served with potatoes with sauce or vegetables in the marinade.

For many traditional English cuisine is synonymous with pudding, oatmeal and of course tea. And puddings served not only to tea, but for lunch. Interesting presentation of the Christmas plum-pudding: it abundantly watered with rum and set on fire.

As for the tea, then drink it at any time, diluting the milk with sugar. Of intoxicating drinks I prefer a gin, porter, rum, whiskey and port wine.