In 2016, traditionally will increase premiums to the pension Fund for entrepreneurs. In addition to changing the size of payments entrepreneurs must make payments on the new CSC. 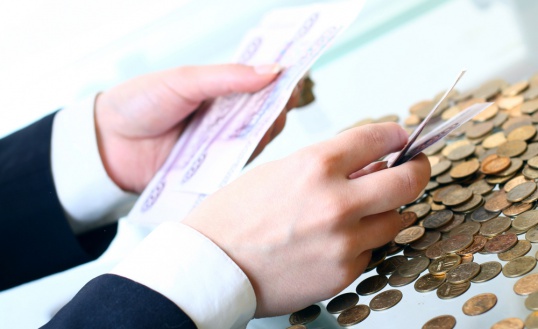 General rules for payment of contributions to the Pension Fund for entrepreneurs in 2016 will not change.

The calculation of contributions for sole proprietors valid from 2014. For entrepreneurs used the increased contribution rate - 26% (for all others it is a maximum of 22%). However, this rate is applied not to the real income of entrepreneurs, and the Federal minimum wage.

At the end of 2015 there are good news for entrepreneurs: it became known that underlying the calculation of the minimum wage was increased by only 4%. Accordingly, the contributions of FE in 2016 will increase by the specified amount. It support for businesses in unstable economic conditions became the main motive for the moderate increase in the minimum wage (far below the inflation rate in Russia).

In addition to pension, the PI must make contributions to medicine: the equivalent of 5.1% of the minimum wage per month. Contributions to the Federal MHI in 2016 will be 3796,85 R.

Thus, the total payment to the pension Fund and HIF SP reaches 23153,33 R. This is the minimum amount of contributions that are required to pay all PI.

Additional contributions determined by the PI based on the revenues received on the BASIS or the STS (excluding incurred expenses) or from potential income on imputed income and simplified tax system-patent.

To calculate the size of the payment from the proceeds of 300,000 is subtracted and the resulting value is multiplied by 1%.

Contributions for individual entrepreneurs to the pension Fund are of utmost importance. The entrepreneur will not pay large premiums than calculated on the basis of eight times the minimum wage. In 2016, pension contributions can't exceed 154851,84 R. independently obtained from the business revenues.

A specified maximum amount pay the PI who has not submitted tax return within the deadline.

In 2016 there will be another change CSC for SP. They are approved by the Ministry of Finance in the summer of 2015.

New CSC should be referenced on all bills, starting in January 2016. And, no matter for what period the payment. If you specify old CSC, the payment can get to outstanding, and that there is a penalty for late payment. That payment reached, you must write a statement about his clarification.

A regional branch of the FIU are sending entrepreneurs ready receipt for the remittance of contributions, allowing to avoid mistakes.