How to make a screenshot on your phone or tablet

Today, users of mobile devices with different operating systems have the ability to take a screenshot, and means shooting images on the screen even easier than on a computer or laptop. It enables you to use your smartphone or tablet, chat with your friends by transferring captured photos, brag about your accomplishments in games, capturing the most significant moments, as well as effectively resolve issues with technical support websites and vendors of software products in case of failures. 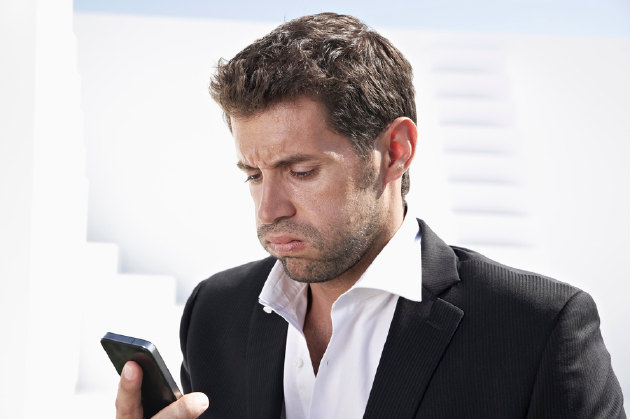 A screenshot on Android

Mobile devices running Android are quite popular, their functionality is actively used. Is no exception and the ability to capture images on the screen, what more can easy and fast ways. Basically it is a simultaneous pressing of two specific keys, and each manufacturer chooses their own combination. All models proof of a good picture is a "click" and pop up a notification that the screenshot was taken.

Some models also provide the option of screenshot, located in the device menu. To do this, press and hold the power button, and then close with suggestions of rebooting the device and turning it off will appear in the menu.

Depending on model and manufacturer to make the image on the smartphone or tablet you have the following options:

1. Samsung suggests several ways to take a screenshot: simultaneously press power and "Home", with the result that should appear distinctive sound; the movement of the edge of the palm on the screen device from left to right, for which you must go to settings – gestures – actions if movement of the hands - Palm swipe to Capture. Model Galaxy Nexus 4, 7 and 10 make the screen more traditional way – by simultaneously pressing the keys power and volume controls.

2. LGto take a screenshot on the device by simultaneously pressing the power buttons and volume down buttons and use the Quick Memo app, designed to instantly create notes.

3. HTC – simultaneously press the power button and touch the "Home"button.

4. Sony Xperia – pictures are made in two ways: the combination of the power buttons and volume down and using the menu that can be invoked by long pressing the power button.

5. Lenovo – screenshot is done in three ways: use the options in the snapshot drop-down menu; clicking off the device, and then in the list of commands, select "screenshot"; simultaneously pressing the power buttons and volume controls, and then the will be saved in the folder \SD card\Pictures\Screenshots .

On all devices with Android OS the screenshots are saved in the Gallery in the internal memory or in the folder Pictures/Screenshots, which is on the memory card.

A screenshot on Apple iOS

To take a screenshot on your smartphone or tablet with Apple iOS operating system is quite simple, and this method is only for mobile devices from this company. To do this, simultaneously press the "Home" ("Home") and the power button and hold for 1-2 seconds. If the buttons are hold longer, the system will prompt you to turn off the device that is not needed in this situation.

A signal that a fragment successfully captured, will be clicking the shutter of the camera and the flash screen. The screenshot is saved in the folder "camera Roll" Photos. If the picture is not there, you should try to take a screenshot again.

A screenshot on the Microsoft Windows Phone

A screenshot can be done on any smartphone, including devices running Microsoft Windows Phone. But despite the content of mobile devices with useful functionality, the developers of smartphones with Windows Phone 7 don't allow a quick way to make a screenshot. To shoot the image on the screen had, at least, doing a Student Unlock, and then install the app that makes screenshots.

However, in the updated versions of Windows Phone 8 and 8.1 this problem was resolved, and now the screenshot can be done in just a few seconds. So, on the mobile version Windows Phone 8 the image on the screen is done by the simultaneous pressing of two keys: power button, touch the Windows key.

If the operating system has been updated to version 8.1, the picture screen of a mobile device is done in a different way. To do this, press simultaneously the volume key and the power button.

Regardless of which version of Windows Phone installed, the image is saved in the Photos app in a separate folder.

To take a screenshot on any mobile device with the above-described operating systems can be quick and easy. It is only necessary to understand the smartphone model, its features, determine the best method and effectively use the opportunity to fix the images in the device memory.