Delicious pasties came to us from the Turkic peoples. A fragrant dish with fried crust with a modern interpretation in addition to meat has many other stuffings – vegetable and vegetable. But not only filling the difference between these rosy cakes, recipes the dough for chebureks also varied. The same in all recipes, one thing remains – the dough for pasties must be unleavened. 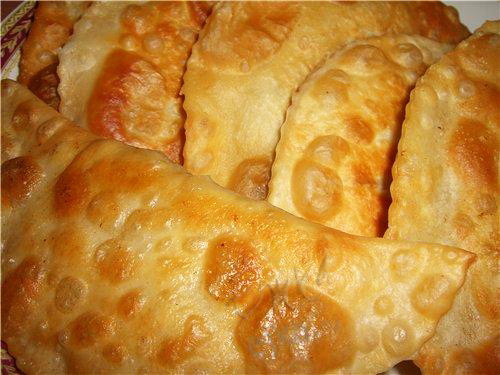 According to the traditional dough recipe for chebureks we will need quite a bit of products: a couple of glasses flour, 1 glass of hot water, a little vegetable oil and salt to taste.

The basic rule for cooking any dough for pasties – the flour be sure to sift the flour through a sieve. It's a classic, and neglect it not worth it. Well, unless someone wants to conduct an experiment for comparison. Then it's simple (because the number of products minimal): in a glass of boiling water, add salt, vegetable oil, then gradually pour in the contents of the Cup into the bowl with the sifted flour and knead the dough. The dough is kneaded until then, until it becomes elastic, will cease to stick to hands and the table. Then let him lie down for an hour or two and only then can you make pasties of any chosen toppings.

The dough for pasties with vodka 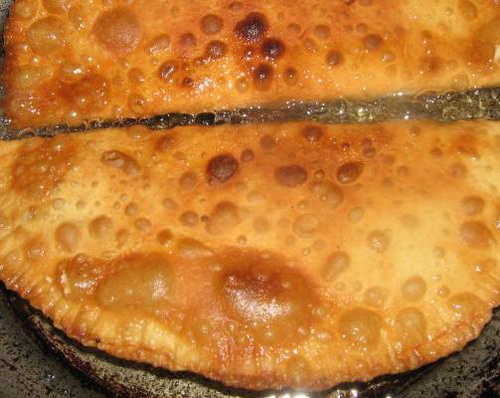 The dough for pasties with vodka is perfect for conservative people, those who adhere to even in cooking classical canons and does not want to reinvent the wheel. Because vodka is added to the dough for chebureks solely to give the crust crunch. The most inveterate drinkers may not have to worry about the feeling of alcohol in the cakes – it's just there, because vodka the heat treatment evaporates.

The dough recipe for pasties with vodka is as easy as the classic. The composition of the products is the same, only in addition to all add a tablespoon of vodka.

The dough for pasties in the oven. 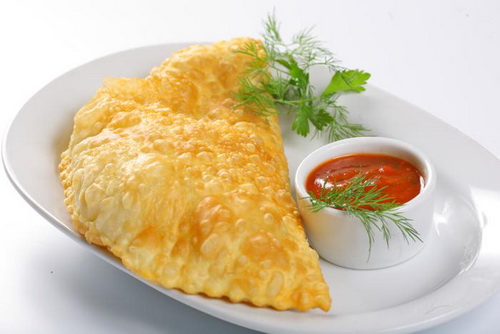 The dough for pasties kefir turns out amazingly soft and doesn't harden even the next day if suddenly you could not eat all cooked pasties at once.

The ingredients on the dough for chebureks on the yogurt: half a kilo of flour, 1 Cup fresh (not sour) yogurt, 1 egg and salt.

To prepare the dough for pasties kefir is no more difficult than on the water. To combine the kefir with a raw egg and salt, beat well with a fork, gradually adding flour. Knead the dough. It should not be too soft and stick to the table and hands, but tough to do. As always, give it a chance to "rest" a while and then start making the pasties. 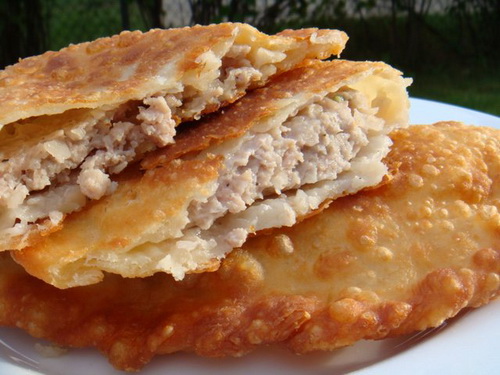 Perhaps the most popular among our Housewives use exactly choux pastry for pasties. Probably because even cold, it remains soft. To this recipe add a teaspoon of vodka.

For the choux pastry for the pasties we need the following products: a couple of cups of flour, half Cup water, a tablespoon of vegetable oil, egg and salt.

How to make choux pastry for pasties. Boil in a small saucepan with water add salt and a spoon of vegetable oil. Once the water boils, turn off the heat and pour into a bowl one-half cups flour, all quickly stir and allow to cool a little so that the egg not cooked. In the slightly cooled mixture add the egg, knead it and put in a bowl with the rest of the flour. Knead the dough, as always, give him time to settle.

Tip: when you roll out the dough on pasties, pinch his hands, and the tines of a fork. So it turns out much prettier.