How to grow potatoes in a bag

This method of growing potatoes has long been known, but know him not all gardeners and gardeners. If you like to experiment and are not afraid to use new methods of farming, try to grow potatoes in a bag, to the surprise of family and friends. 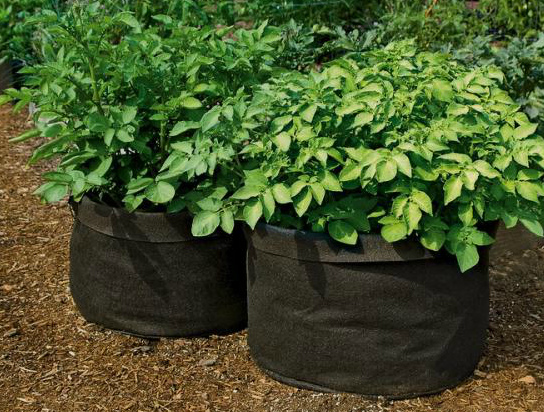 Those who have tried to grow potatoes in a bag, say that 10 potatoes is possible to get such a crop that will be enough for a family of three. The main thing – to strictly observe the rules of cultivation.

If you still don't know how to plant potatoes in bags and have not tried this method of growing, start with the most simple option. Take a bag (preferably plastic, from under the flour or sugar) and pour it 1-3 buckets of earth. Put in the ground a couple of sprouted potatoes, sprinkle and place the bag in a well-lighted place.

When the tuber will go up and in the bag with the ground sprouts appear, you need to add a ground so as almost to close the potato sprouts. Add in a bag of earth should be as needed, as long as it doesn't get to the top.

The essence of this method is that the growth of the underground escape of the potatoes on it along the entire height of the bag formed tubers and, in contrast to the traditional method of cultivation, planting potatoes in bags allows you to collect a much higher yield.

Keep the bags of potatoes in a well-lit area. Earth in bags in any case should not be dry. It is therefore better to use plastic bags, which retain moisture well.

Pour potatoes on top of the bag, and can be dropped in the center of the hose with the cut out holes and the second end of the hose output. Water through such a device can be filled through the upper end of the hose via the funnel.

Growing potatoes in bags will save you from hilling and release on the seat area for other vegetable crops.