Of study in the form of the exam has already become habitual for Russian students. But in 2015, the scheme of delivery of unified state examination is strongly modified. What changes in the exam are waiting for students in the near future? 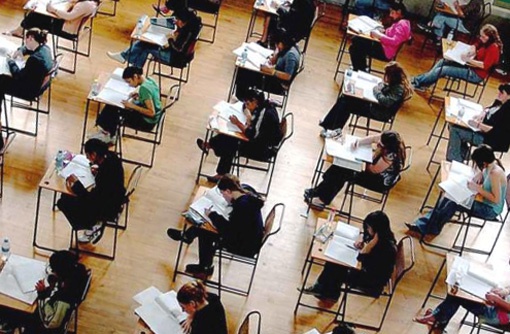 Instead of the usual three waves of the exam (early, main and supplementary examinations will be held in April and may-June. Exams in this period will be the graduates this year and past years. While Russian language and mathematics are compulsory subjects, as determined by examination in other subjects should have until March 1.

Also, students can now take exams in individual subjects, before the end of grade 11, and immediately after the course is completed (for example, geography, which is taught only to grade 10, you can rent a year before graduation).

In the 2014/2015 year in school after a long break has returned the paper for children with disabilities may be replaced by presentation.

The essay serves as a kind of preamble to final exams: students write it in December, the result of the evaluation of the work – "credit" (the tolerance for the delivery use) or "fail".

Those who have not written the essay on the first try, will retake it in February or late April – early may.

Changes to the exam in Russian language

Despite "scoring" a preliminary essay, graduates for the unified state exam in the Russian language will again have to demonstrate the ability to write coherent texts: a short essay, in the program of the exam is maintained.

But test items with a choice of possible answers from the possible choices of the exam in Russian will no longer: they are excluded from the program exam. The total number of jobs decreased from 39 to 25. However, according to specialists of service, the level of difficulty of the exam has not declined.

Changes in the math exam

The unified state examination in mathematics in 2015 is becoming "multi-level": it can take on specialized ("advanced") or basic level.

Successful exam in basic and light level allows you to get a certificate of graduation. It is believed that this is sufficient "for life" and education not associated with the exact Sciences.

However, students of universities, where mathematics is included in the list of entrance exams will have to pass the relevant exam. Its difficulty level is same at the exam, to surrender graduates last year.

The decision on the introduction of the exam base level was left "at the mercy" of Russian regions. The results of preliminary surveys, the number of students who choose basic and core level, about the same, and many students decided to take both exams at once.

Changes to the exam in foreign languages

Exams in foreign languages now include not only the written but also the oral part: the category of "speaking".

While this part is not required: a graduate has the right to decide whether he wants to answer verbally or not. But it will have to do all those who claim to high scores: the best you can get is by doing the written assignment is 80 points. On the "speaking" you can earn another 20. Oral responses will be recorded on audio carriers.

According to the Minister of education and science Dmitry Livanov, in 2016 in the procedure of exam of strong changes will not happen, however, the exam is waiting for further "modernization" in the already given direction.

Choose your answer from the options (which you can just guess) should disappear from the programmes in all subjects, the change in the exam is considered fundamental.

But here the oral component is planned to develop – and this will be relevant not only to foreign languages. Discusses the introduction of the oral part of the examinations in the Humanities – literature, history and so on.