Shame if someone notices your approach is not a slight trace of perfume, and the creaking of shoes! And immediately tends to zero self-esteem, because the woman makes the woman, in particular, and a light, airy gait. And what kind of swing, when the sound of shoes broadcasting about your imminent appearance better than any mouthpiece. 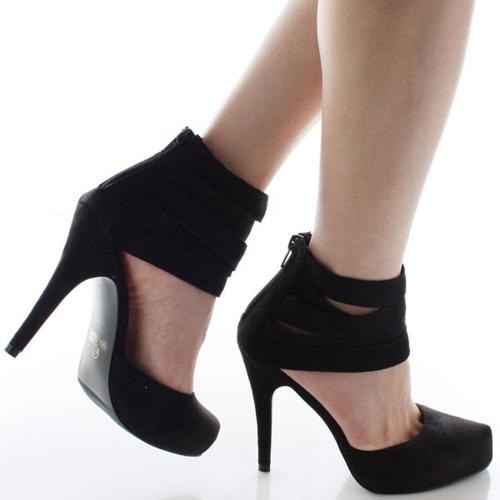 Related articles:
If the creaking of shoes plays such an important role in the psychological state of a person, so choose it carefully and with extreme prejudice.The Shoe business specialists (shoemakers) believe that squeak shoes just in case if something is wrong with them. For example, there is a manufacturing defect. So, if stitched boots or shoes creak, probably in their manufacture were too tight (constricted) thread with which they were sewed – dratva. When walking, the soles are unevenly compressed and stretched, which causes the creaking. In this case, after some time, socks dratwa stretches a little and the sound disappears.Also the cause may be some defect in the skin from which shoes are made – uneven, swelling, hairline cracks and other marriage. Also, if it creaks only one of polypara (one Shoe, shoes), the reason may be the ingress of foreign particles such as sand, earth, in the process of making shoes. This defect is not disposable and will have to endure the creaking, or to take radical measures to throw a few change to another from the seller.If shoes are defective, then it is logical that the best way to forget about the problem – to take it back to the store, yet not over the warranty period. Do not think that the sales consultants will twist a finger to his temple and will not accept you ill-fated shoes, citing the fact that the creaking of shoes, the warranty card is not registered. Feel free to bring the law on protection of consumer rights and prove his innocence if need be. You just have to replace the defective shoes to the same, but without marriage, or to return the money spent.In case you are hesitant to part with a couple of beautiful, fashionable, but a squeaky Shoe, then take action, because you can try to save them. There are several ways to get rid of squeaky shoes. In that case, if the sole (outsole) of the Shoe is made from leather (this happens quite often), you just need to grease it with any oil, be it sunflower or even olive, and in some cases can be used for the lubrication of oil, but it needs to be hot.Using wet cloths or towels can also try to get rid of squeaky shoes. You need to put shoes on a damp cloth and leave in position overnight. Probably the main problem of the difficulty hiding in the particular state have not worn, just bought a pair. In any case, wear shoesthat releases an unpleasant creaking noise is not only unpleasant, but also, according to national signs, unsafe. They say that if there was a creak of shoes , you can expect trouble. It's either a long, serious illness of their master will strike, or death. So, it would seem, just shoes (albeit a bit creaky), and the consequences of savoury promise.
Is the advice useful?
See also
Подписывайтесь на наш канал