How to make a cover for the tablet with their hands

The tablet is not a cheap thing, so case for it - the need, in fact, this accessory can protect the device from bumps and scratches. If you wish to have at their disposal a unique case, try to do it yourself at home. 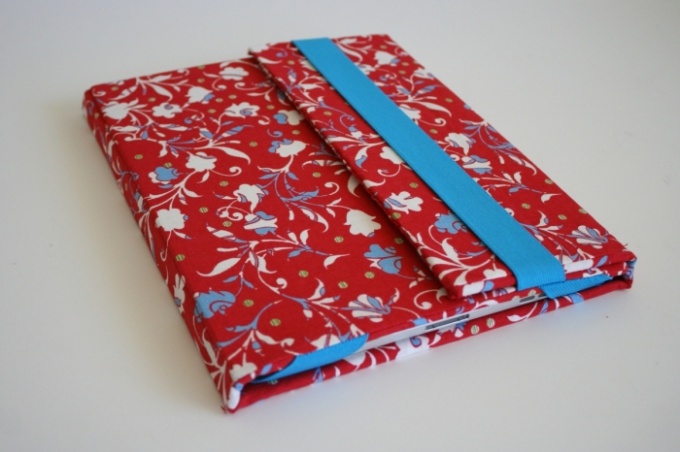 Related articles:
You will need
Instruction
1
Pick up a tablet for which you are going to make the case. Place the device on the cardboard, trace it with a pencil, then carefully vestigate the resulting rectangle. In the same way make one more rectangle. Trim all sides of the part with a hobby knife and then carefully cut the corners of the cardboard rectangles (make them rounded).
2
Lay out a piece of thick felt (the color is unimportant, it can be choose at your discretion), then attach the tablet, fold the other edge of the felt on the device and mark the places on the material that must be cut off. Cut, leaving an allowance of about 0.4-0.5 cm. Slightly zakruglenie corners of the resulting rectangle.
Cut two inch elastic headband, make a loop, then sew to the front side of the front and back of the cut out felt buttons (front the front - most button, and the front to the back a little, and simultaneously sewing the loops).
3
Grab a cardboard blank, lay them on the fabric and draw a simple pencil. At each end add allowances approximately one centimeter and wastegate.
4
Glue the fabric to the cardboard blanks face up, trying not to leave any creases. Gently fold the allowances on the wrong side of the cardboard and tightly secure with the same glue.
5
Cut three pieces of elastic gum. The length of the two rubber bands should be equal to the width of the carton blanks, and the length of the other five inches longer. A large rubber band put on the front side of the carton blanks across, departing from the top edge about two inches, the sections fold to wrong side and glue them. The other two bands put on the bottom corners of the cardboard blank, the sections fold to wrong side and glue them.
6
Next, assemble all the blanks in a single case. To do this, put in front of him felt a workpiece face down, put glue on the reverse side of the cardboard pieces and carefully glue them to the felt, taking all previously noted allowances. The tablet case is ready.
Note
So that the case lasts as long as possible, you need as tightly as possible to stick all the details, and do not just use the case as intended, it is better to let the glue to dry thoroughly.
Useful advice
If you have not felt, it can be replaced, for example, felt.
Is the advice useful?
See also
Присоединяйтесь к нам
New advices