Why is there no music in games

When installed on a personal computer different games quite often, there is a problem with playing sounds in the game world. This problem occurs on a number of different reasons that it would be useful to know. 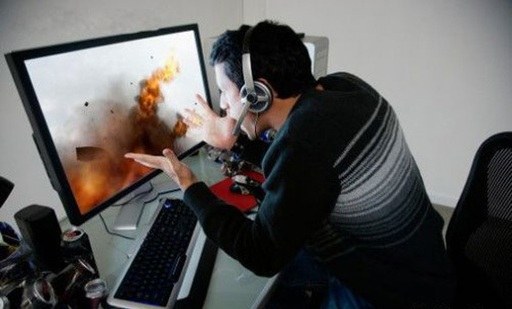 Related articles:
The first reason for the lack of music in games are broken, "broken" driver to the sound card. It is possible that after installing the game the sound will disappear, so you have to reinstall the drivers. Quite often the distribution of the game already included a different driver so you can install them directly from the game disc.Missing in-game sound may also indicate the absence of the computer of the player required audio codec. Codecs are responsible for the correct playback of a particular audio format. If your sound is recorded, for example, in the format "flac", but on a computer this codec is missing, you can download it from the Internet and install the problem will be solved. Should check for compliance with the sound card on your computer with the minimum requirements of the game presented to her. In rare cases, it may be a mismatch, then the situation can save buying a new sound card. Their cost is quite small, in the region of 1000 rubles, you can take a fairly good parameters and the quality of the map. Sometimes sound problems in the game can be related to the fact that in the process of installing some of the files could be beaten, so the sound cannot be correctly reproduced. In this case, to help a complete reinstallation of the game. If the situation does not change, you can check the disc surface for scratches and damage. If those are not found - the problem with the quality of its records from the manufacturer. If the check, the disc can be returned to the seller and replace it with a new one. Sometimes the problem of no sound in the game can be connected with the power of the sound card. When the game starts the amount of consumed sound card energy increases. If the computer's power supply is unable to cope with the data on the map loads, the game audio will not. It is necessary to change the power unit on more powerful. Their cost ranges from 1,000 to 5,000 thousand rubles. A standard user is enough to spend a couple of thousand, and get quite decent power block.
Is the advice useful?
See also
Подписывайтесь на наш канал