How to install the magneto on the motor scooter Muravey

Scooters "Ant" no longer available, even parts of it do not get it. If the carb or cylinder can be found, then the generator, which is made together with the starter in a single node, to get very difficult. But this site depends on the presence of spark on the candle. It makes me think about installing a good old Magnetto. 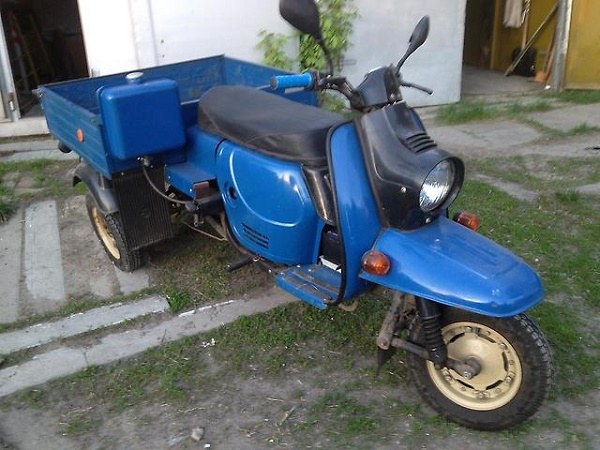 You will need
Instruction
1
First, try to find the failed node on the markets, it is possible that there is chance to leave the entire power supply system of the scooter in its original form. But if you want to act, you will need a lot of effort and also knowledge lathe craft at the beginner level. To set the magneto in two ways, which differ in the use of rotors of different modifications. There are old samples, which were set to "Talitsy", they worked only as a generator and gave out a spark. And there are more modern rotors, which have the added function of starter. But the old model ignition module not all can be, so would have to improve from what is at hand.
2
Remove the seat from the scooter, as well as the plastic cover from batteries. Remove the protective engine cover. To upgrade you need on the right side of the motor. First disconnect both the battery and move them aside. By the way, after installing magneto they will be useless, since the spark will be produced when driving constantly. Now you need to remove the cover and air duct that covers the fan. It is attached to the engine bolts. But with this cover you need to make a few manipulations, she will be the installation of our magneto.
3
Be careful not to damage the cover, so as to get it is problematic. In its center there is the emblem of the manufacturer. It must be carefully cut, making a through hole of large diameter. There should be approximately 5-7 millimeters of metal for securing the magneto housing and prevent the destruction of the lattice. Cut a hole ideally you want on a lathe. If not, have to work a drill, drilling fine holes in a circle. Then you need to treat the inside of a round file to give the correct shape. When you have completed this, you need to start joining of the cover with magneto.
4
Cut-out metal circular disc, outer diameter which is slightly greater than the distance between opposing lugs of the magneto. And the inner diameter should be approximately equal to the diameter of the holes in the cover. Fasten with bolts the disc to the casing and magneto. Now we need to make the rendezvous with the crankshaft. Ideally, you should lock the fan drive of the magneto, between the two halves is best to have a layer of rubber. This will avoid vibrations that may arise from improper alignment. The actuator to the crankshaft is performed by means of axis with thread. She is screwed and is fixed on the nut of the crankshaft on the one hand, and on the other it is put on the drive magneto.
Is the advice useful?
Присоединяйтесь к нам
New advices