How to draw a guitar with a pencil in stages

The stepwise method of drawing is good because it allows even the novice artist to quickly get the result. You can do without necessary for academic drawing complex builds. The artist considers the subject, mentally divide it into pieces of simple shapes and depicts consistently each fragment. Thus it is possible to draw including musical instruments. For example, a guitar. 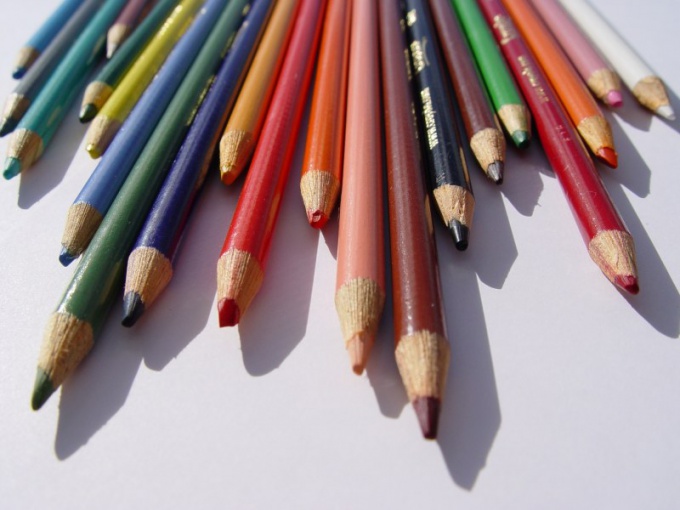 What does it consist of?

Having studied the guitar, you will see that it consists of the body, usually resembling a stylized figure 8, and a long straight neck. On the body of the guitar has a round outlet. The strings are attached to the stand (on the plane it looks like a bar). The neck has a head. If we imagine the projection of the guitar on the plane, the headstock will be a parallelogram or stripe extending from the neck at an obtuse angle. Analyzing thus, "nature", you can safely begin to paint.

When gradually drawing to begin to depict the subject can be any fragment. In this case it is more convenient to start with the body. Place the sheet horizontally. At an angle of about 45° to the bottom side of the paper draw a straight line – the axis. She needed to draw the guitar seemed symmetrical. Mark on this line the length of the casing. Between the marks, draw the figure 8, a narrower and shorter section which is adjacent to the fingerboard. "Eight" should be slightly asymmetric. Half that is further away from the viewer seems more narrow and short. The laws of perspective should be respected and step-by-step drawing. Round of coal between the loops and remove the intersecting lines. You got the upper contour of the soundboard.

The fingerboard and rosette

Approximately in the middle of the deck, draw the outlet. It is a circle. If you look at it at a certain angle, it looks like an oval. As well as housing, the far side seems a bit narrower and shorter than the one closer to the viewer. Set the direction of the neck – it's just a straight line running parallel to the axis. At an angle of about 135° to the neck, swipe the contour of the head.

The guitar is not flat tool, it has a volume. So you need to draw the side deck. From the corners of the bottom of the "eight" fold down perpendicular. Those that are closer to the viewer, have the same length. The perpendicular running from the place where the guitar cavity will be slightly shorter. Connect the ends of these lines with a smooth curve parallel to the contour lines of the deck. On the deck draw a stand – two strips running parallel to the centerline.

Look closely at the outlet, you will find that through it you can see the lower deck of the guitar, as well as to determine the thickness of the upper. That's all you can convey in the picture. Draw an arc parallel to the contour of the socket in the part that is closer to the fretboard. Specify line stand – it may be in the form of a trapezoid, for example. You can leave it rectangular, but then in the middle you need to draw a line parallel to the long sides, but not reaching up to short.

Draw the neck. Spend the second contour line, parallel to the first. Draw across the frets – the lines perpendicular to the contour. Draw a circle around the outlet of the second circle. Draw strings – long straight lines running from the base to the neck. Give the volume of chiaroscuro (the recess shading with a soft pencil or to make a spot and then grind).
Is the advice useful?
Присоединяйтесь к нам
New advices