The history and meaning of the phrase "overwhelming"

Some are absurd at first glance, the expression on a second glance reveal deep layers of human history. Sometimes the oldest symbols lose their original meaning and become everyday household items. 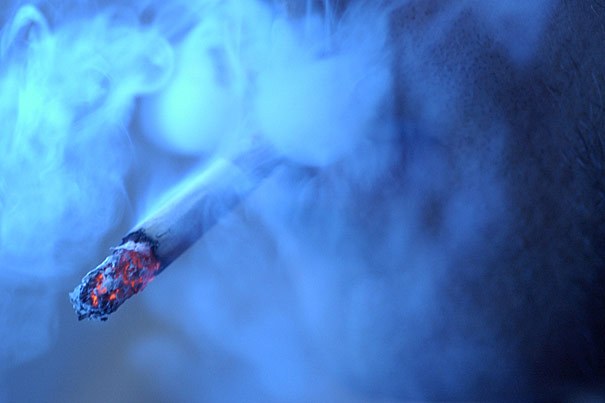 Related articles:
When in the room very smoky or stuffy just, say, "overwhelming". However imagination includes a picture when in the dense clouds of smoke gets the axe.

There is even an opinion that if an ax were tested the purity of the air in the old Russian houses, which were heated "black." With this method of heating the smoke comes directly in the room, creating strong fumes. Speed of falling of the axe was measured the smoke density. But of course, that this interpretation is wrong and more like a joke, so as to measure the falling speed without precision equipment it is impossible.

There is an option that in the expression used method of exaggeration. But in this case, the question arises: why is axe, not tongs, a saw or any other household items. And why hang up and don't put? For any hyperbole must be some kind of basis.

Looks more realistic use of the axe as a traditional working tool. In a big fog, when nothing could be seen as a statement of the impossibility of continuing to work could sound the call to "frame" the axe. Working axe was transported back on a special fixture on the belt. That is so vague that some of it work, put the ax in the back and go home. But traditionally, the expression applies to the artificial stench produced in the combustion and not pure natural phenomena, such as fog.

But with this approach to the issue is broken, finally, a causal relationship between smoke and an axe, hung up on him. The axe hung not to smoke, but because of the smoke.

What is the relationship between an axe and a smoke

Axe all Nations is an ancient tool, but in some cases weapons. It was thought that ax is associated with the pagan God Perun, and, of course, with thunder and lightning. It had symbolic value and was used as a talisman against evil spirits and evil forces.

The axe laid on the threshold and tip out to the house of a pregnant women to evil spirits, stumbling on the blade is gone, without causing harm to either the mother or the child. The axe was used in the funeral ritual.

The overabundance of smoke in a smoky hut, according to legends of the Slavs, could attract evil spirits, evil spirits could under the cover of darkness to enter the premises. But hung on the door an axe scare away evil spirits.

The danger from evil spirits anymore, humanity is not threatened, but the room full of tobacco smoke still poses a risk to his health. But the axe is will not help here.
Is the advice useful?
Подписывайтесь на наш канал