"Children's naphthyzinum": indications and instructions for use

In the acute form of rhinitis, in any inflammatory process in the paranasal sinuses, as well as for the relief of nasal bleeding, physicians often prescribe "Naphazoline." Not only adults but also children. 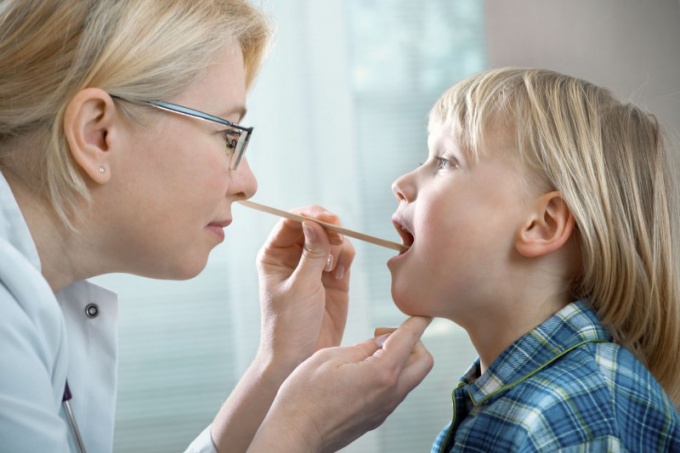 Acute rhinitis, sinusitis, laryngitis, sinusitis, allergic conjunctivitis, pollinosis, evstahiit, severe nasal congestion. Here is a list of diseases for which recommended use of the drug. Also nasal drops are used for nasal bleeding.

Before applying, review the list of contraindications. And rate the perceived benefits against the background of the list of side effects.

Instructions for use of "Naphazoline" children's

If you do not want to poisoning, overdose or be habit-forming to the "Nose" to her baby, strictly obey the instructions! Children from one year to dig the nose should be 1-2 times a day 1-2 drops 0.05% solution in each pass. For older children and adults the dosage is 2-3 drops 3-4 times a day. Absolutely contraindicated use of the drug longer than 7-9 days.

Strictly follow the dosage when using children's "Nose" and clean your nose before burying. According to the principle – even one drop will not be superfluous, parents cause overdose and poisoning in their children. Thus, according to the latest research, revealed that in 37% of cases, the deterioration in ODS is a result of the use of the drug

Next – you decide. Read the information below and make your own conclusions.

"Naphazoline" - for and against

One of the oldest and the first means from a cold on the territory of our country - "Naphazoline" long time satisfied customer demand, and the claims against him were not filed. But what happened lately? Why suddenly such a negative recommendation?

Judging by the consumer testimonials, the people who used the drug to relieve the common cold, reduces swelling and start to breathe, they say almost the opposite effect of Naphazoline" after a week of use. In addition, the drug is addictive! That is, even when, apparently, long gone cold, the nose "requires" a drop of the drug to start to breathe.

Children's "the Nose" – is it worth the risk?

And do not be misled by the words "baby", it is no less dangerous than an adult. There is only a smaller concentration of therapeutic agents. Basic "Yes" in favor of "Naphazoline" lies in its ability to reduce swelling. So often it is used precisely in acute rhinitis, and sometimes for relieving symptoms of sinusitis.