What are the properties of amber

Amber is a fossilized resin now rare conifers of the family Sciadopityaceae. Many millions of years ago when the resin was still viscous, it was stuck insects, plants, even those which now exist in nature, and have remained in the solid state. Amber is a precious stone, which in ancient times attributed a magical power, and the ability to cure illness. 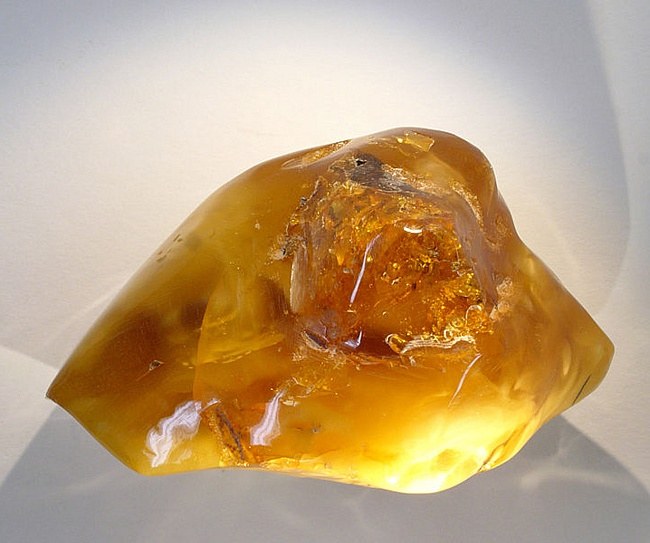 The nutrients contained in amber:

Amber was formed from resin millions of years ago. Now it is produced in many countries on different continents, sometimes it is detected during archaeological excavations or underground work. For example, the construction of the bridge in Kiev, workers found large pieces of amber. This may seem surprising, but amber remained in those places, where once was a big water, but now the flow of the river. Most amber found in the Baltic and North seas.

In the Baltic States, Poland and other countries on the Baltic sea coast there are many hunters among the amber residents of these places, as well as tourists. However, it is not as easy to findas it seems. Amber is often found, and very small size, after storms, when it raises from the depth of wave along with the garbage, which a lot of the sea, and algae.

Gemstone is fragile, but break it not as easy as glass. Color palette of amber varies from white to yellow with all shades of almost red and even black.

Especially valuable is the amber with inclusions of air bubbles or water, and the ancient insect.

Magical and healing properties of amber

Since ancient times, believe that amber has magical power to heal many diseases, to attract good luck and to ward off the forces of evil. It was worn as a talisman. It was believed that this stone protects warriors in battle, on amber wrote the ancient philosophers and thinkers.
Amber lit a smoke with a pleasant aroma fumigated the room in which were patients, it was believed that the smoke is healing, cures diseases of the nasopharynx, eyes, ears, respiratory and infectious diseases.

Amber make Smoking pipes and mouthpieces to tobacco smoke did not cause lung disease. Perhaps the ulterior motive is that the amber necklaces help with a sick thyroid gland, since it is known that amber contains iodine and succinic acid.

In order for an amber necklace really helped, recommend them to purchase of polished and rough stone.

At all times amber made figures of animals in the form of amulets, various products, for example, in the shape of a miniature mug of beer, which is kept in the amber Museum in the Lithuanian town of Palanga. In Poland make vodka amber containing amber, that cures sore throat and colds. Many fine works of art made from this warm stone which reflects the sun. For example, such a magnificent creation of the craftsmen, St. Petersburg lost and restored "amber room".

Thanks succinic acid aktiviziruyutsya metabolic processes in the body and improves the functioning of digestive tract. Magic stone has antibacterial and anti-inflammatory properties. They also say that if amber is worn on the chain, it will help to get rid of stones in kidneys and gall bladder.
Is the advice useful?
See also
Присоединяйтесь к нам
New advices