Warm days always inspire to relax in the fresh air, preparing traditional for the rest of the kebabs. But often someone fails to travel to the country, and someone its just not there. The resourceful citizens have found a way out of the situation that the fried kebabs in the yard of his house. And we are not talking about private residences or cottages – people tolerate the braziers on the local area conventional apartment buildings. 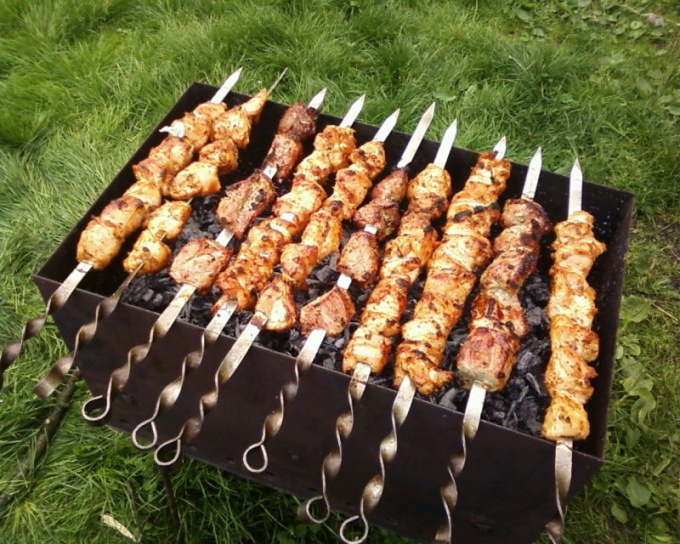 Related articles:
The question of whether in the yard of an apartment house the fry, rather ambiguous from a moral point of view. When you do, it seems that there is nothing wrong. However, when the kebabs under your Windows, somebody else is just irritating. Probably why more often on the Internet people are wondering, where to complain about their neighbors, not looking for information about how it is legal.

As such fire safety regulations prohibit frying in the backyard barbecue - no. And the punishment is threatened only if the citizens are bred outdoor fire that is cooking the meat on the fire, not the grill. Then they can issue a warning or even issue a fine from one to one and a half thousand roubles. Make it can only a police officer, which usually cause unhappy neighbors. After their treatment being tested, on the basis of which the decision against kebab fans.

As such, the complaints that someone is grilling in the backyard barbecue, the police practically does not arrive. However, this holiday is often associated with the revelry in big companies, but that is another point. In fact the police have nothing to show peacefully roasting meat people, if they behave quietly and do not drink alcohol. In a situation where they begin to wash down the barbecue with a beer or something stronger, then they can be brought to administrative responsibility under part 1 article 20.20 of the administrative code and fined.

It turns out that grilling in his backyard — a very real possibility. Importantly, to comply with all necessary requirements.

Fry skewers in the yard

Recipes barbecue – weight. A method for roasting in the courtyard of an apartment building – the only one. First and foremost rule: meat should roast in a barbecue or some other special building. Open fire is unacceptable. Second: you must be at least seven meters away from homes or garages. Third and last: you must be available two-gallon bucket of water, or even better – a small fire extinguisher. Provided you follow these simple instructions, the penalty does not threaten you.
In addition, you should carefully ensure that the height of the fire was not more than half a meter. If the street the wind picks up, the flame should be immediately extinguished.

Thus, any prohibitions desire to make a barbeque in his backyard will not meet. In any case, the legislature. And that's how a similar situation would react the neighbors – largely depends on your relationship with them.
Is the advice useful?
See also
Подписывайтесь на наш канал