What men of growth are considered dwarfs

Little growth sometimes causes serious agony, especially for men. In most cases we are talking about far-fetched psychological problems, but there are cases when a small growth is indeed a pathology. 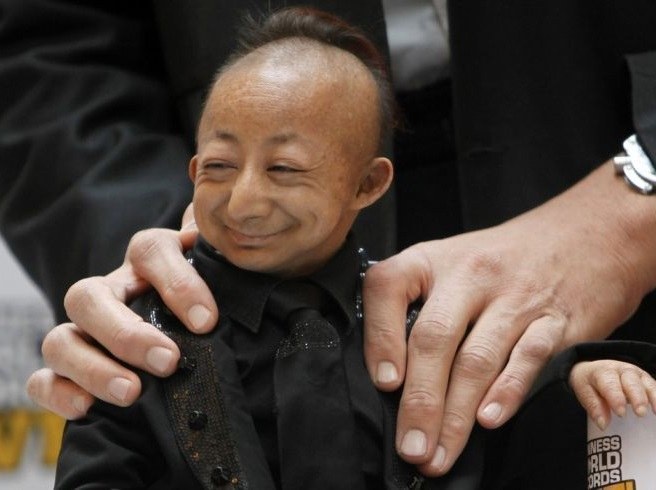 Related articles:
Pathological variant is considered the height of adult man less than 130 cm for men and below 120 cm for women. Such people are called dwarfs, and their condition called dwarfism, from the Greek word "nanos" – "dwarf".

Dwarf – a person who has ceased to grow as a result of any disease. Depending on the reasons that led to this state vary, and accompanying symptoms.

Stunting may occur due to lack of growth hormone – growth hormone produced by the anterior part of the pituitary gland. In some patients, the growth hormone secreted in sufficient quantity, but body tissues do not respond to its impact. The cause of pituitary dwarfism may be a tumor of the pituitary system or other parts of the brain, birth trauma, bacterial and viral infections afflicting the nervous system, radiation exposure.

Body type may be proportional, but not always. Meet a dwarf with a disproportionately large head, short limbs. In most cases, the dwarfism is accompanied by sexual underdevelopment.

In some cases, pituitary failure accompanied by a deficiency of thyroid hormones, then dwarfism combined with mental retardation, predisposition to rickets and kidney failure.

Dwarfs should not be confused midgets. It's the same people is very short – not more than 90 cm, but they have this pathology is not due to acquired and congenital causes. In particular, pituitary problems due to a genetic mutation. Midgets often than dwarfs, there are proportionally folded. On your physique, they resemble five year olds.

And dwarfs and midgets do not like to be called by this term, preferring the phrase "little people". To live such patients is not easy, because unlike normal people are able to arouse morbid curiosity in others.

And yet young people often find themselves in circus art, theatre and cinema. For example, actor-dwarf Vladimir Fedorov remembered by the audience for the role of the black sea in the film adaptation of the poem by A. Pushkin "Ruslan and Ludmila", the dictator Turncock in the science fiction film "Through thorns to the stars" and many other roles in dramas and fairy tales. Made a brilliant career in Hollywood, actor Warwick Ashley Davis, whose height is 107 cm most famous roles Davis – Leprechaun in the eponymous horror film, Professor Flitwick and the Goblin Griphook in the films about Harry Potter and the dwarf Nikabrik in the movie "Prince Caspian" from the series "Chronicles of Narnia".
Is the advice useful?
Присоединяйтесь к нам
New advices