Pink and brown discharge in mid-cycle: the causes of

The appearance of intermenstrual discharge with a pinkish or brown color, can have various causes. In some cases they indicate a serious disease requiring immediate treatment. 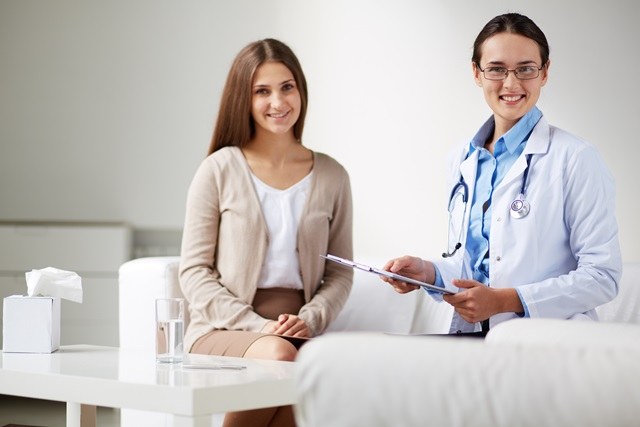 The causes of pink discharge in mid-cycle

Pinkish highlight in the middle of the cycle is often called ovulazione, as they indicate the willingness of the body for fertilization. After oocyte maturation hormonal changes, increased levels of estrogen. As a result of changes the endometrium, appears minor bleeding.

Other reasons for the appearance of a pinkish discharge in the middle of the cycle are: follicle rupture as a result of the release of an egg, insertion of intrauterine device, use of hormonal contraceptives, some medicines. However, if the discharge is pink in color accompanied by burning, itching, discomfort, they may indicate infectious-inflammatory processes, the formation of fibroids and polyps. In these cases, you should consult a doctor.

Brown spotting mid cycle can be observed during ovulation. If they are scarce, it is considered a physiological norm. Usually in this case a woman does not need treatment. Spotting may indicate developing uterine bleeding, which is a symptom of the following diseases: cervical erosion, endometritis, fibroids, cervical cancer, uterine appendages, tumors, adenomyosis internal, sarcoma. These conditions require immediate medical intervention.

If spotting appears after intercourse, the reason could be cervical cancer or erosion. If the discharge is accompanied by drawing pains in the abdomen, they are a symptom of inflammation of the inner layer of the uterus. They can also testify about the injuries of the genitals, failure of hormonal background (progesterona insufficiency, hyperprolactinemia, polycystic ovarian syndrome. Intermenstrual discharge may appear after some gynecological procedures, a deep emotional shock, stress, severe shock, climate change.

Brown spotting mid cycle can be due to hormonal contraception. In this case, they are considered a normal variant. However, if the hormones are not accepted, the reasons for discharge may include the following: the use of drugs containing estrogen, the use of drugs for emergency contraception (Postinor, "Generaton"), the presence of the IUD, disorders of the thyroid gland, low thyroid, inflammation of the vagina caused by infections, STDs (sexually transmitted diseases).
Is the advice useful?
Присоединяйтесь к нам
New advices