Recipes with a Hawaiian blend

Hawaiian blend – great quick but no less useful garnish. However, it can be used as assistant in the preparation of other various and delicious dishes. 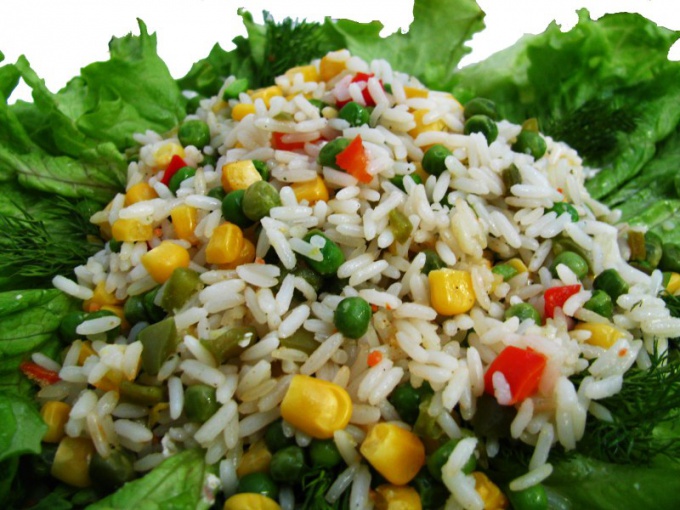 To madness is simple, but hearty and rich in taste dish that can be prepared each. For its preparation you will need: 800 grams of chicken mince 3-4 cloves of garlic, 50 grams of oatmeal, 100 millilitres of milk, 2 eggs, 1 tablespoon of sour cream, 400 grams of Hawaiian mix, 150 grams of cheese, mayonnaise and spices.

First you need to pour oat flakes with milk and let them stand for 10 minutes, then mix the minced chicken, 1 egg, cereal with milk, chopped garlic and a little salt and pepper. Grease the form in which you are going to bake, with a little oil and place in it the prepared mixture. You can now prepare the filling for the pie. For this lay out Hawaiian mix from the package into a bowl and add a little spice to taste.

Prepare a mixture to fill the pie: whisk together 1 egg, about 50 ml of milk and sour cream. Also add a little sugar and salt and blend again. In the form of a spread on minced chicken Hawaiian blend, and the top water all the previously cooked filling. Now grate the cheese and cover them with the surface of the pie. In a preheated 180 ° C oven bake the pie for 40-45 minutes. Once ready, the pie will need to put it on lettuce or garnish at its discretion.

As it turns out, Hawaiian blend can be used not only for preparation of the second dishes and garnishes, but also as an ingredient for soups. As, for example, for this unusual soup with tuna and Hawaiian mix.

Him take it: 1 jar of canned tuna, 4 potatoes, 400 grams of Hawaiian mix, 1 onion, half a liter of tomato juice, 60 grams of vegetable oil, greens, Bay leaf, 2 cloves of garlic, 1 teaspoon hops-suneli, 1-2 teaspoons of sugar and a little salt.

The soup start with, dice the potatoes, place in saucepan, cover with boiling water and bring to a boil. After the water in the pan boils, add the Bay leaf, season with a little salt and cook for another 10 minutes on low heat. Then add to the pan the mixture of Hawaiian and again wait until the water boils, and then another 10 minutes. Finely chopped onion fry slightly in a frying pan with vegetable oil, then pour into it the tomato juice and cook for another 7 minutes, stirring occasionally.

Season with salt and add a little sugar to the pan. Meanwhile, remove from the pan with the soup Bay leaf and add the split into the pieces of tuna. There also send the tomato dressing, Khmeli-suneli and again bring the soup to a boil. You can also at the end of cooking add to the soup some herbs and garlic, passed through the press. When the soup has boiled and is ready, leave it to infuse for 10-15 minutes and can bring to the table.
Is the advice useful?
Подписывайтесь на наш канал