Bronchitis is an infectious disease, accompanied by inflammatory processes. Its complicated form is obstructive bronchitis, which is characterized by the presence of obstruction - areas of impaired patency of the bronchi. 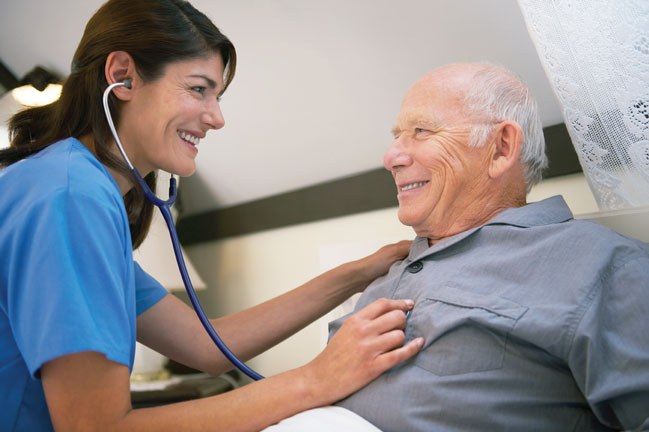 The symptoms of bronchitis

Bronchitis is an infectious condition caused by bacterial, viral and atypical microorganisms. A necessary condition for the development of the disease is the reduction of the immune system. Risk factors considered to be Smoking, alcoholism, frequent hypothermia, age older than 50 years of age, work in hazardous work conditions, chronic diseases of internal organs in the stage of decompensation.

The main symptom of bronchitis is a cough - dry (without sputum discharge) or wet (with sputum). If detachable sputum has a green tint, the inflammation of the bronchi caused by bacteria. Dry cough occurs with a viral or atypical infection. Acute bronchitis accompanied by high fever up to 38-39оС, excessive sweating, chills. There is a General weakness, fatigue, decreased performance. When moderate or severe disease, pain and shortness of breath in the chest. Acute bronchitis can last on average 10-14 days.

Chronic bronchitis is characterized by the expectoration scanty sputum, shortness of breath during physical exertion, which may accompany the patient throughout life. During exacerbation of the disease these symptoms increase, there is a strong cough, increasing sputum, fever.

Obstructive bronchitis develops when impaired patency of the bronchi. It can be caused by edema, inflammation, accumulation of a large amount of thick mucus. Bronchitis and obstructive bronchitis, clinical symptoms vary. In obstructive more pronounced intoxication: there is a weakness, keeps low-grade fever, there is headache. Cough, shortness of breath accompanied by wheezing, whistling. The cough may be dry or damp, it not ease the condition and can last for several days in a row.

Acute obstructive bronchitis can last from 10 days to 2-3 weeks. If symptoms appear more than 3 times a year, talking about recurrent course of the disease. The diagnosis "chronic obstructive bronchitis" is placed in the presence of cough and dyspnea for 2 years. The chronic form of obstructive bronchitis often occurs in people working in dusty environment, interacting with toxic chemicals and inhaling the fumes, as well as people who have long experience of the smoker. At risk include construction workers, workers of metallurgical industry, agriculture.
Is the advice useful?
Присоединяйтесь к нам
New advices