What is North and South bridge motherboards

South and North bridges are components of the motherboard, and very important. Each of them is responsible for particular processes, without the implementation of which is impossible the normal functioning of the computer. 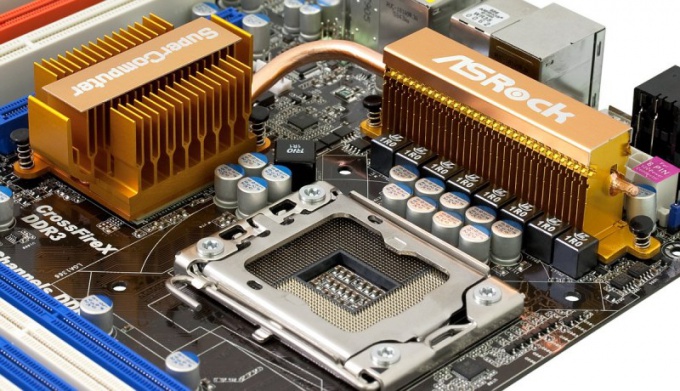 Related articles:
Sometimes there are situations when your computer stops working and you have to carry it to the service center. In some cases, you can hear that the southern bridge burned down, and need to change the whole motherboard. The diagnosis seems to be clear, that's just what constitute South bridge and North bridge knows every user. These two computer devices, and more specifically the motherboard, are the main functional controllers responsible for the operation of all other components of the PCI card. Together these bridges form the chipset, but still each of them is responsible for its function. Such an unusual name these chips square shape got due to its location on the motherboard: North - at the top under the CPU and South at the bottom.

North bridge is a control device that is responsible for the interaction of the motherboard with RAM of your computer, video card and processor. Besides this element of the chipset not only communicates but also controls the speed of operation of the above described components. One part of the North bridge is the built-in video card is present in some modern motherboards, the so - called integrated video card. Accordingly, the bridge further controls the bus the device responsible for transmitting images to a monitor, and its performance. Additionally, the North bridge performs the connection of all these devices from the South bridge. Usually, this chip has its own passive cooling, that is, the radiator is installed, the less you can find active cooling with the cooler. This is done because the temperature of Northern bridge by about 30 degrees above the temperature of its southern companion. This is due to the processing of the commands of the most active components of the system and close proximity to the processor is thereby heated from the outside.

South bridge is a functional controller, whose main function is to implement so-called "slow" connections, which include the various bus, USB, SATA and LAN controllers, system power supply, BIOS, and even watches, in General, the list is quite large. That is why the output of the South bridge of the system leads to the necessity of replacing the entire motherboard. Given that this controller communicates directly with external devices, the reason for failure may be common overheating caused, for example, by short circuit.
Is the advice useful?
See also
Подписывайтесь на наш канал