Why not show the newborn

Folk omens associated with the emergence of a child into the world, a lot. One of these will needs to protect mother and newborn from strangers, allowing you to communicate with them only to close relatives, because of the danger of the evil eye, damage and disease. Sometimes the young mother, barely soothing the baby, not wanting to fall asleep after the visit of many relatives, I doubt whether so irrational centuries of prohibitions and restrictions. 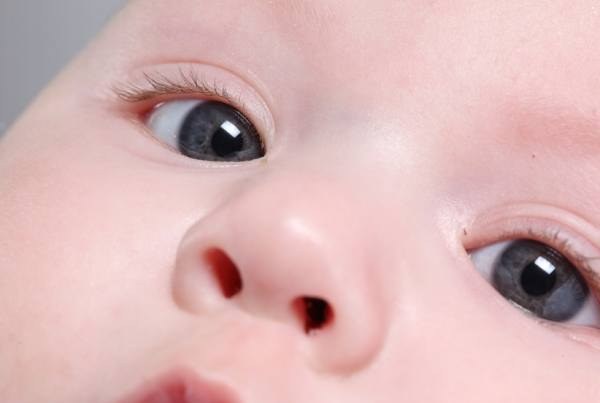 Why not show the newborn?

The prohibition to show the newborn to someone, except close relatives, is rooted in antiquity. According to Christian canons the child is not carried out of the house and not shown to strangers to the sacrament of baptism is usually celebrated on the fortieth day after birth. It was believed that after baptism the child will be protected from evil angel, and before that, the baby can harm and evil spirits, and strangers.

The pre-Christian tradition also sought to protect newborns from strangers for quite a long time after birth. The birth was the beginning of the transition of the child from the world of the afterlife in the living world, and that this transition would take time – on average, this period lasted for the same 40 days.

Superstition, dozhivshee to this day, argue that a newborn baby can easily jinx even people who do not want to hurt him – they only need to praise the newborn, or even just to look at it.

The health of the newborn and the surrounding

The requirement to limit the child's contact with outsiders has a specific cause, far from religion and magic. The immunity of the newborn are underdeveloped – baby body is not producing its own antibodies to fight off infections, they go to him only breast milk. So the babies vulnerable to infection and easy to catch even short contact with sick or during a stay in places of a big congestion of people. Doctors recommend to limit contact, at least during the first month of life, and in the cold season, when epidemics of viral diseases occur most frequently, try to avoid the baby in public places.

Even if a relative or friend insists that he's perfectly healthy, his words may not be true. The incubation period of infectious diseases are asymptomatic, but sometimes the pathogen may already be allocated to the external environment, and therefore ill, but not yet knowing about this person can be contagious to others. Especially dangerous for kids so-called children's infections – some of them (e.g., chicken pox) in newborns occur very hard. Therefore it is not necessary soon after birth to show your baby cousin brothers and sisters or children of friends.

In addition, kids do not tolerate the traffic and noise that reigns around. It is this, not the mythical "evil eye" are due to anxiety, crying, difficulty falling asleep that occurs in toddlers after a visit to relatives and friends of the family.
Is the advice useful?
See also
Присоединяйтесь к нам
New advices