Scrofula in adults: symptoms and treatment

Scrofula – the popular name of the exudative diathesis, which can appear for a number of reasons. Most often the disease affects children under the age of 10 years, but in rare cases occurs in adults. 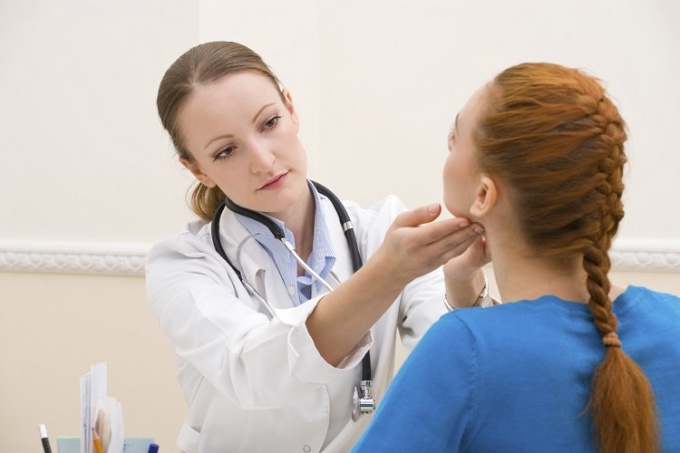 The symptoms of scrofula in adults

At the initial stage of scrofula behind the ears, on the scalp, the neck has yellow crust. When combing Golden crust come off, there is formed a smooth red surface. In the future may join a secondary infection and the scabs have deep wounds.

When tuberculous form of scrofula, the patient feels General weakness, malaise, body temperature rises. Appears purulent rhinitis, it may be otitis media, inflammation of the lymph nodes. Affected joints, there is pain in the back, aching in the limbs.

Diagnosis of scrofula in adults

Golden crust and exudate is examined carefully in the laboratory. The patient is administered a diagnostic for tuberculosis, AIDS, give direction to the immunologist for detailed examination. It should be noted, scrofula in adults is most often caused by the presence in the blood Bacillus. The patient can remain healthy, active tuberculosis does not develop, but will not eliminate the reason to get rid of scrofula with symptomatic treatment will be impossible.

The treatment of scrofula

As symptomatic treatment patient is prescribed a zinc ointment that you need to lubricate all of the affected surface 2 times a day, antihistamines, vitamins, Immunostimulants.

When tuberculous form of scrofula, the patient hospitalityat and carry out patient treatment. Prescribe antibiotics: "Isoniazid", "Rifampicin", "Pyrazinamide", hepatoprotectors, vitamins In the injectable ATP in the form of the sodium salt of glutamic acid. After 30 days re-take analysis to identify the Bacillus. If necessary, antibiotic therapy continues.

Along with traditional treatment can be used traditional methods. Herbal medicine helps to quickly get rid of Golden crusts and relieve itching and inflammation, prevent formation of deep wounds.

The affected area can be lubricated 5-6 times a day with infusion of chamomile, marigold, sage, yarrow, succession. To prepare you need to brew a heaped tablespoon dried minced raw materials Cup of boiling water, to insist 2 hours. The filtered solution wipe the affected skin.

For intake, you should prepare a decoction of a mixture of chamomile, succession, nettle and elecampane. All the ingredients are taken in equal proportions, mixed in a single container. Then 1 tbsp of medicinal herbs brewed Cup of boiling water, insist 1-2 hours and take a third Cup of strained broth for 30 minutes before meals 3 times a day.
Is the advice useful?
See also
Подписывайтесь на наш канал