What is an anonymizer

Sometimes users of personal computers in the network wish to remain anonymous and unnoticed. In order to achieve the desired, set up a special program (sites) - anonymizers. 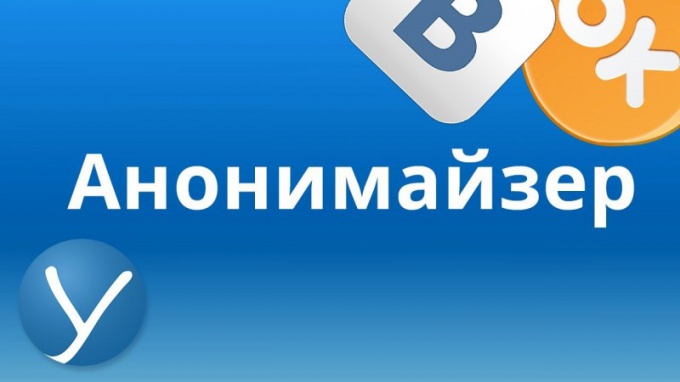 Under the anonymizer should first understand a means to conceal information about the user's computer, about him and about the type of network (IP address, subnet mask, etc.). As a proxy mostly acts as a rather simple program that gives the user the ability to implement a fully anonymous in the Internet (at least as anonymizer uses special sites (proxy servers)). Often use anonymizers in that case, if on some website the user was banned, but it is kept very important information that needs to or during network operation for someone else's computer.

What does a anonymizer?

To read more, to understand the principle of operation of the anonymizer, you should understand the procedure ban. Certainly, many people know that typically the Internet user to ban by IP address. If you belong to the category of users who were banned, it means that you have violated some rule of the site and has been blocked it by IP.

Anonymizer, in turn, allow you to use almost any IP address. Each program has a set of special tools, among which users choose a particular region. After running this program the user has again the opportunity to log on to the website (if his account was not banned by mail, etc.).

If the user is going to use the program-anonymizer, then he needs to deal with its settings. For simplicity you can use special sites (which on the Internet no less than such programs). In a case with a site it is enough to specify the URL of the page on which you are going to go, click a special button to jump, then the connection will already be established and you will be assigned a different IP.

It should be noted that not all proxies work the way you want users. For example, not all of them allow you to connect to social networks and other resources, where all communication with the site is through a website gateway. How it works is that it needs to correctly replace all encountered in data being sent links to their. In the result, or the user fails to visit the site in incognito mode or its functionality will be significantly reduced (i.e. the user will not be able to use all the features and functions of the site).
Is the advice useful?
See also
Присоединяйтесь к нам
New advices