How to create Cape for minecraft

In Minecraft, each person will have the appearance of the skin. By default, the character acquires the features of a blue-eyed dark-haired Shakhtar Steve, but you can select other options and set them. However, many gamers dream of, not just to acquire a unique appearance, but to add one interesting detail - a Cape. 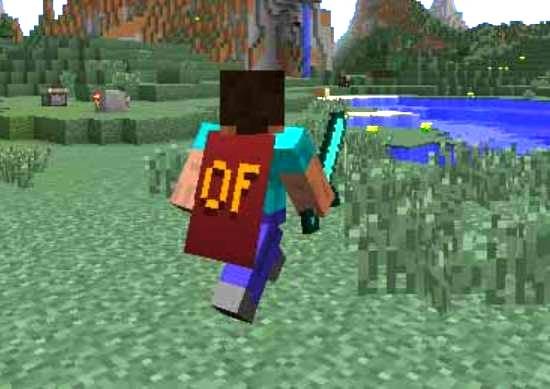 Who to get Minecraft capes

This piece of clothing adds to the appearance of the character's nobility, making him look like a medieval knight or a modern superhero. However, to get a cloak in the game is very difficult, and many believe that is practically impossible - at least if it is about absolutely legal methods.

As I'm sure you know experienced gamers, such of the items of clothing distributes the company Mojang - Creator of Minecraft - for certain services. So, the characters are all employees of the Corporation when they will participate in the game will have cloaks with a particular symbolism. Some programmers had a hand in adding some options to the game, also get a gift such garments.

Sometimes the bounty of the owners of Mojang this plan fall to anything and ordinary gamers. For example, over the Christmas-new year holidays players can suddenly get cloaks with a festive ornament. However, this pleasure lasts only a day. Much longer will be able to wear the cloak the one who becomes a participant in the annual "microplasma" conference - MineCon.

In other cases, honest way to acquire such a piece of clothing in the game is unrealistic. The only chance is to be a jubilee by the purchaser of the licensed version of the game.

Ways to get or create such a garment

However, with such injustice, many gamers are not willing to accept and seek in every way possible, to get a little off the cloak in the gameplay. It will be much easier when talking about a single game, but in multiplayer the resources to achieve this very easily.

In the first case will be enough to find out, nick is anchored to the skin with a Cape. For example, some users everything was at check in-game under the nickname of Matthew. However, in multiplayer this trick doesn't work, you'll want to look for other methods.

So, a considerable number of players has been mastered by the website mccapes.com where after registration they can access is built into the online program to create the Cape. However, such continued happiness exactly to 1 August 2014, after which the creators of the portal announced the decommissioning of their project due to Mojang updating the game and removing it with certain options, which gave previously the loophole to install the "mantle" of plugins.

Meanwhile, there are still special fashion that adds cloak to the look of the character the gamer in Minecraft. One such a modification - SMP Capes - do allow such external metamorphosis even in terms of multiplayer servers. The player only needs to upload your cloak or you can choose finished, click a couple of buttons and all, his character has found the desired item of clothing.

For those who want to obtain a unique item of clothing, is to do it yourself. For these purposes, will fit any graphics editor, for example Paint or Photoshop. There is need to first create a new file and choose its size is 22 by 17 (width and height respectively).

Next, you should take the minimum brush size to hold three strips of a neutral color or two on the edges and one around the middle. The canvas is divided into two halves, and draw the cloak should be on the left.

Here it is worth to give to roam their imagination. You can, for example, to represent in a small space face a hostile mob (creeper, zombie, skeleton, Ifrit, gasta, etc.), pet, the logo of some superhero or landscapes - in short, everything that is the wish of the gamer.

Created file you want to save - and be sure to format .png. Then there are several ways how to prepare it to the "putting on" your game character. You can rename it and add the folder with the files of Minecraft on your computer or upload to a server and from there to install. In the end, gamers will get the original coat - the envy of others.
Is the advice useful?
See also
Подписывайтесь на наш канал