Decontamination is the removal of mercury in a variety of ways to avoid the poisoning of people in pairs of metal. Mercury is able to evaporate at room temperature. To conduct demercurization is necessary to call experts. 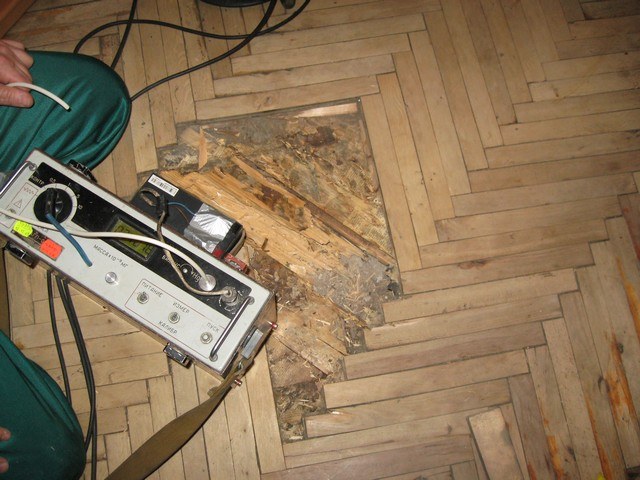 Related articles:
Why removal of mercury is called demercurization? The Roman word "mercury" translates as "mercury" and the prefix "de" means an action opposite to that called motivating noun "mercury".

If you broke a thermometer, you should immediately open all vents in the room where it happened, and close all doors. Mercury vapor should not penetrate into other rooms. Narrow down the place where you find the mercury drops. The metal adheres to various surfaces and can easily be in the next room.

How to collect mercury

If you decided to carry out decontamination, it is necessary to follow some recommendations. These rules are necessary in order for you do not poisoned with toxic vapors.

The first phase of demercurization - collection of mercury. Before that you need to wear rubber gloves and plastic Shoe covers. Don't forget about respiratory protection, wear a gauze bandage soaked in a solution of baking soda or plain water.

First collect all the pieces of the thermometer in a jar of water. Water is needed in order that the mercury will not evaporate. Don't miss a single small fragment, as it may contain drops of toxic metal. Treat it with the utmost seriousness.

Drops of mercury trapped on the floor, you can collect with a syringe or a rubber pear. Then they need to be sent in the same jar with water. If mercury could be behind the skirting or under the flooring, remove them and check it out. Often the collection of droplets is delayed, so you need every 15 minutes to take a break and get some fresh air, not forgetting to close the door to the room.

Jar which you have collected mercury should be sealed tightly with a lid and stored away from heat sources. Don't throw it away! Call in emergency or in special enterprise engaged in recycling of mercury, and you will pick it up.

After the collection of mercury is completed, need to process the scene of an accident with a solution of potassium permanganate or chlorine. It is better to use lime, because chlorine is much better interacts with the mercury.

Many people incorrectly collect mercury and endanger not only themselves but also neighbors. Never collect droplets of mercury with a vacuum cleaner! In most cases it only increases the area of evaporation. Even if you have a modern vacuum cleaner with filters of latest generation, some of the mercury will still settle on the hose.

Never flush mercury down the toilet. This is the most common mistake of demercurization lovers. Only a few grams of mercury can contaminate a huge amount of water.
Is the advice useful?
See also
Подписывайтесь на наш канал