Often from mothers it is possible to hear that the speech therapy their child was diagnosed with ONR. But if you ask them what it is, many of them difficult to answer. Simply because they do not know themselves. 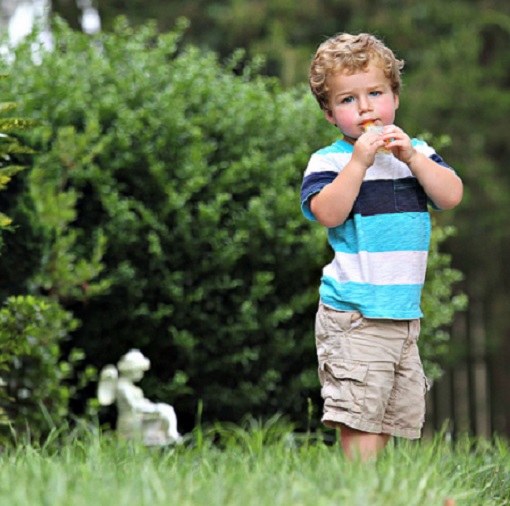 General underdevelopment of speech in children – a violation of the semantic and acoustic (or phonetic) side of the speech system. Often it is observed in pathologies such as alalia (in each case), and dysarthria rhinolalia (sometimes). When intellectual disabilities, hearing impairment, delay in speech development of children with hearing loss, mental retardation, OHP may act as a secondary defect. It is very important to take into account!

Mostly General underdevelopment of the speech appears monotonous. The symptoms are the following:

- late onset of speech: child speaks the first words in the 3-4, or even 5 years;
- it is not enough phonetically decorated and grammatica;
- the child understands what you say, but can not properly Express their thoughts;
- speech of children with ONR is almost incomprehensible.

In addition, the speech therapists I know a few of the symptoms of the manifestations of the OHP. So try to visit it in a timely manner, so as early as possible to identify the disease and to correct the child's speech.

The reasons for ONR

I should say that the pronunciation of sounds, phonemic hearing, grammatical structure and vocabulary of children with ONR is strongly violated. The cause of the disease can be:

- toxicosis, intoxication, infection in mother during pregnancy;
pathology Natal period;
- injuries of the brain and Central nervous system diseases in the first years of life;
- unfavorable conditions of training and education;
- psychological deprivation (lack of or only a restriction of the ability to meet the vital needs);
- damage a child's brain that occurred during pregnancy, childbirth, the first year of life.
- some other factors.

Pronounced underdevelopment of speech in children may be different.

Depending on the degree of nesformirovannost speech distinguish 4 degrees of its underdevelopment.

Children at this level do not speak. Their thoughts and desires they Express through facial expressions, gestures, babbling sounds of words, different objects can be denoted by the same babbling sounds in a word (for example, "Bibi" is they have a plane and boat, and car). They are characterized by the use of one-word sentences, improper preparation of their designs, inconsistency in pronunciation of sounds, reducing complex words to 2-3 syllable (for example, the word "bed" they can talk as "Avat"). From children with mental retardation, which are the same as the speech of children with ONR the first degree are characterized in that they have a passive vocabulary far exceeding active. As a rule, mentally retarded children, a similar difference is not observed.

The characteristics of children with ONR the second degree is that, in addition to speaking babbling sounds of words and showing gestures, they are able to use common words. However, the child's speech is still poor. A story in pictures is built is primitive, although better than children with General underdevelopment of 1 degree. The child almost does not drink and does not understand the words that they rarely use in everyday life. Do not distinguish case, number and gender. When pronouncing the words makes a lot of mistakes, almost no use of particles and conjunctions.

This level is characterized by the appearance of the expanded phrase speech, though not quite correct. Children with General speech underdevelopment of the third degree, talk to others only in the presence of those adults who can give relevant explanations, "decode" their words. Free communication is hampered. Children with ONR this level try to avoid difficult words and expressions, face great difficulties in compiling correct sentences, make mistakes when building compound sentences and derivation. Can make proposals on the picture.

The children are only small disadvantages of differentiation of sounds ([P - R']). They are able to retain in memory phonemic image, but because often rearrange sounds and syllables in words, each word repeating certain syllables, reduce vowels at the confluence. In some cases, you can omit syllables and add sounds. Have little difficulty in verbal contact, and spontaneous speaking.

General underdevelopment of speech of any degree is adjusted. It is therefore very important to promptly contact a speech therapist and read a variety of pedagogical and psychological literature, which widely covered the issue of education vocabulary and development of children with ONR.
Is the advice useful?
See also
Подписывайтесь на наш канал