What is a nudist beach

Nude beach - a special place for swimming, where supporters of nudism - social movements advocating naturalness in everything. Behavior on the beach, their beliefs are expressed in the absence of clothing. 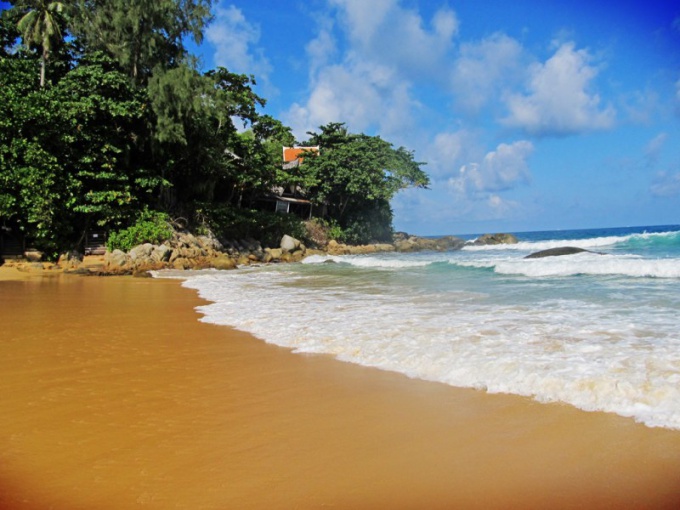 Related articles:
The beach is commonly referred to as the coastal strip covered by sand or pebbles, which is designed for swimming and sunbathing. While Nude beach is a special place for bathing: there are going to people who prefer to sunbathe and swim without clothes.

The origin of the term

The adjective "Nude" used to refer to this type of beach, in the Russian language the word is derived from the noun "nudism". The latter, in turn, is used to represent social movements, the main idea of which is to maximize the closeness of man to nature in all its manifestations.

The appearance of this term in the Russian language usually associated with the English root "nude", which literally means "naked", "Nude". What is the meaning of this term is difficult to call random: after all, nudity in the lap of nature as the act of Union with her is considered among fans of nudism one of the main ways of expression.

While other variants of the term used to refer to the social movements, are the words "naturism" or "naturalism". They are often used as synonyms. They, in turn, derive from the English words "nature", which is translated as "nature".

Thus, a nudist beach is a place near the water, where it is assumed to be completely naked. However, as a rule, the presence of clothing on this public beach is forbidden, because it violates established norms here.

In some countries there are officially sanctioned nudist beaches, where to stay without clothes is a must for all people who are present here. But in Russia, nudist beaches, as a rule, are natural and are based on years of practice, the stay of the people without clothes on in a particular place on the water. Most often they are in relatively secluded areas in order not to violate public order and not to attract undue attention.

From the point of view of the current legislation stay in a public place without clothes, however, is a violation of the rules, and because law enforcement agencies generally seek to eliminate such violations through the adoption of appropriate regulations. Therefore, the availability of a Nude beach is a sort of compromise between the desire of people to act in accordance with their beliefs and informal tolerant attitude of law enforcement towards such places.
Is the advice useful?
See also
Присоединяйтесь к нам
New advices