Why are stabs in the right side

The occurrence of tingling in the right side, accompanied by painful sensations, is often a symptom of disruption of any organ. There are several possible causes of stabbing pain in my right abdomen however, to accurately diagnose its origin can only the doctor. 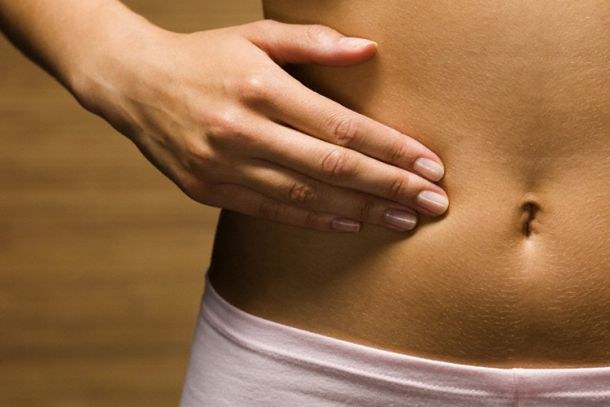 Related articles:
Instruction
1
Colic in the right hypochondrium often causes inflamed or enlarged liver. The cause of the pain can be hepatitis, substandard or fatty foods, as well as abuse of medication, drugs or alcohol. When liver problems, cramps in the right side may be accompanied by dull aching pain, which can last permanently and there inside, not on the surface of the abdomen. Also the reason for colic can be gall bladder – namely, its inflammation, in which a strong stabbing pain is felt in the right upper abdomen and sometimes radiates under the right shoulder blade.
2
Another reason for stabbing pain in the right side can be pancreas or an attack of acute pancreatitis in which the pain is worse in the horizontal position and even gives to the spine. Also colic pancreatitis are accompanied by vomiting, nausea and severe chills – however, the body temperature remains normal. To detect inflammation of the pancreas using the discovery in it of special enzymes typical for its defeat, have a medical exam.
3
Stabbing in right side of stomach can and kidney diseases – for example, the presence of stones. While renal colic, which is considered one of the most painful, will be held in waves, reaching maximum pain on the peak of the wave, and radiate to the back or groin area. Often tingling in the right side can be caused by inflammation of the cecum – teplicam and inflammation in my right ovary.
4
The most common suspicion with regards to tingling in the right side is appendicitis. Usually pain in appendicitis are localized in the umbilical area and right lower abdomen, and the abdomen in the region of the Appendix becomes hard and tense, and almost all patients can specify exactly the place of concentration of pain. However, to diagnose inflammation of the Appendix can only be a doctor, but stabbing pain in the right side is often a symptom of other diseases.
Note
The cause of inflammation of the gall bladder and colic are often the stones, is removed using ultrasound or surgery.
Useful advice
With a strong pricking pain in any right abdomen you need to call an ambulance, without taking painkillers, which can lubricate the picture of the disease.
Is the advice useful?
See also
Подписывайтесь на наш канал