How to look like the flowers of the oak

The oak is a symbol of wisdom, strength and power. In principle, biology as a science agree with this: the oaks are reaching an enormous size both in length and in width. In Central Russia there are no other trees, exceeding in size of these giants. But despite its impressive size, the flowers of these trees are quite small and nondescript. 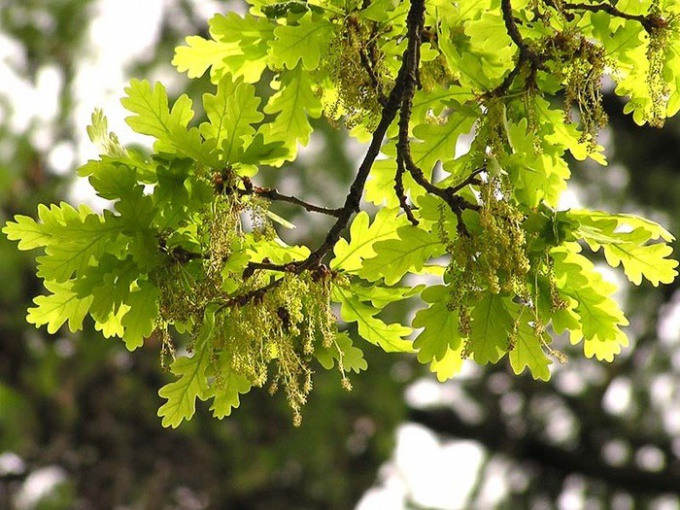 The conditions for the flowering oaks

The oak is a flowering tree, but the appearance of flowers on it – not a frequent occurrence. In nature, the first flowers bloom on these trees when they reach the age of twenty, and some of the oaks in General can bloom only for fifty years. And the tree blooms rather late: while the birch trees have already dressed up in its spring foliage, oak trees barely starting to turn green. Often they are bothered by the cold, which so love to come back at this time of year (April and may).

Noticed that the oak blooms only when the leaves had still small: at this time, the trees themselves seem to be dressed in the finest green lace, which can not fail to please the eye. A typical month for their flowering is may, but it all depends on the weather: if cold in may, flowering oaks is postponed until better times. It is wrong that the flowers of the tree must be beautiful and, most importantly, large. The flowers of this tree are small and inconspicuous.

It is worth noting that in Central Russia the oaks do not bear fruit abundantly, as it happens in other countries with warm or temperate climate. In Russia, however, most of these trees bear fruit once in 5-7 years. Despite all his power and strength, fruits for these giants is a very burdensome task, requiring from them high costs: they are large and heavy acorns are in need of certain nutrients.

Oak, like other plants, has both staminate and pistillate inflorescences. Staminate flowers – male, collected in a kind of inflorescence, resembling a greenish-yellow catkins hanging from the branches. They form large chunks, virtually no different from the young leaves.

Pistillate flowers are female. The oak is very difficult, and sometimes impossible. It's pretty little flowers are the size of a pinhead. Externally, the female flower resembles a barely noticeable greenish seed with crimson red tip. They can be for one, and two or three flowers at the ends of special thin stems. It is from these female flowers in autumn the acorns are formed.

These small flowers of oak trees are exposed to a rather complex development with a very early spring to early autumn. Once they bloom, the female flower starts the growth of a small wrapper having a bowl-like shape, and after that appear the acorns. At the end of autumn ripe acorns begin to fall profusely on the ground. Their calyxes remain on the autumn tree. It should be noted that the acorn is not the oak seeds, and fruits. This is evidenced by their appearance of the pistil of a flower.
Is the advice useful?
See also
Присоединяйтесь к нам
New advices