How to become a clown

For most visitors of the circus clown show on stage is a celebration and fun. For themselves as clowns is long-term work, the work and at the same time own incomparable atmosphere. It is sometimes said that a clown can only be born. If you suspect that you are the one who was born a clown, you can begin to build their circus career. 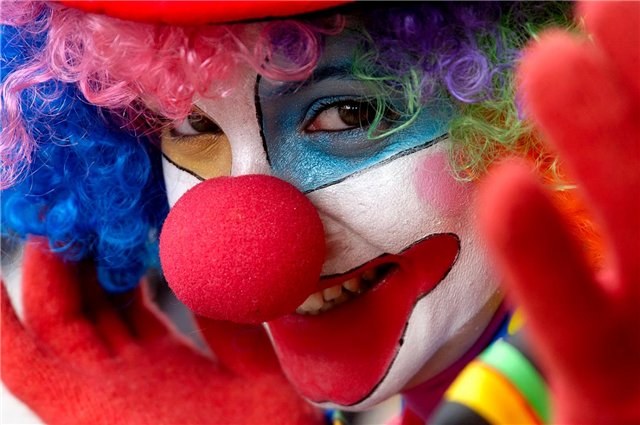 Related articles:
Instruction
1
In order to become a professional clown, you need to go to circus school. In Russia prepare circus artists in one institution - the State College of circus and variety arts, which is named after the famous clown Pencil - M. N. Rumyantsev. To enter the state is very difficult, because the teaching here is very prestigious. Almost all the famous clowns in Russia came from the walls of the school.
2
Many applicants do not fall from the sky, and begin to prepare long before the arrival of the age of five. So, at school there are special preparatory schools, where boys are engaged experienced teachers. In this respect, to Muscovites has carried. But in the regions there is a special clown or group courses and workshops in theater studios, etc., which will help to prepare for entering. To a clown, it is important to be able to do almost everything: to juggle, to dance, to be an actor and MIME, and contortionist. So coming to a circus school, it is important not to have health problems.
3
Another possible way to get to the circus is teaching acting at drama school. During training a person can understand that being a comedian he is closer, and therefore continue to make a career circus performer. Besides, clowns are different - not always bright curly ridiculous guys with a red nose and the shoes are huge. It is worth noting that many clowns in circus troupes not only show its own rooms, but also perform a kind of bridging role, the role of leader, filling the pause between numbers. These clowns called kovarnymi. It is important to be sociable, in order to arrange the thumbnails with people from the audience.
4
There is also the option to get into the circus troupe, bypassing circus school: to come up with a masterpiece the way, a few rooms and start to play with them at various stages - from the regional culture to the stages of the capital. Dissemination of information about themselves on the Internet is also relevant. After obtaining fame is likely to get into the troupe of the circus. But it is important to continue to learn, to have a broad vision, to be able to improvise, to be persistent and charisma. Without these qualities to achieve something it will be extremely difficult.
5
There is always the opportunity to become a professional clown. People of different professions together for volunteer work, for example, visit children in hospitals, turning them into a clown performance. Numerous agencies on organization of holidays often prepare performances of clowns for children's parties and birthdays. In such cases, is important only artistic people, a sense of humor, kindness, scripting some rooms and some clown attributes: costume, various items for show tricks (cards, hat, pretty ribbon or scarves), balloons and other interesting things.
Is the advice useful?
See also
Подписывайтесь на наш канал