How a tattoo affects the destiny of man

The tattoo is not exactly a decoration in the accepted sense. It's not something that can be removed if it no longer like. Of course, it can be subsequently removed, but it is not easy. Therefore, the choice of the tattoo should be treated with special attention. In addition, there is a perception that a tattoo can change the destiny of its owner. 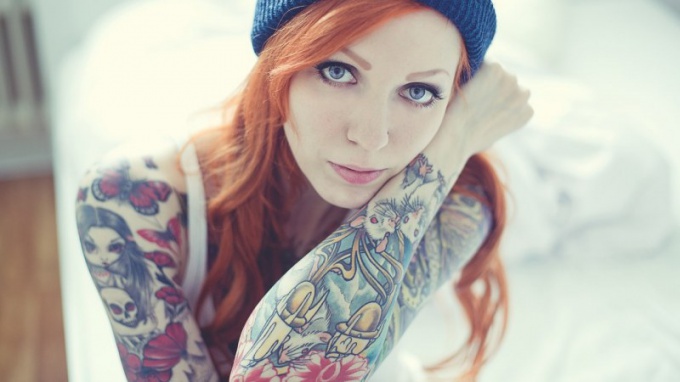 Tattoo as a phenomenon known for a long time and has ancient roots. Originally it was designed to attract the favor of the gods and spirits to protect the wearer from misfortunes and troubles. Later she became a kind of identification mark, indicating the origin of man, it belongs to any groups or castes that gave others information about his wealth and occupation.

The term "tattoo" comes from the word "Tatu", which, in turn, is derived from the "Tata" that the Tahitian dialect of the Polynesian language means "drawing". For the first time this word entered the English language with a light hand of the traveler James cook. He used it in his report about the trip around the world, which was published in 1773.

The impact of tattoos on the fate of

There is a perception that the tattoo can affect the destiny of man. Even if you do not go into esoteric details, and only talk about the psychological factors and the impact on the human subconscious, sensible grain in it.

When choosing a tattoo, the person mainly stops on what is committed. For him, the tattoo is the emphasis on certain traits. Subsequently, he observes that drawing every day. All images that fall within the scope of attention is firmly deposited in the subconscious. From there they influence the behavior of the owner of the picture.

Such an unconscious influence on identity is reinforced quite painful and often lengthy process of applying. As a result, the subconscious is formed by the imprint of the image and that it connects people.

Speaking about the reasons for the impact of tattoos on the character and destiny of a person, it is impossible to ignore the question of faith. If a person believes that the figure will change anything in his life, most likely, it will happen. The owner of the tattoo alone, without even noticing it, substitute your attitude towards life and behavior. In this case it is the placebo effect.

For example, the effect of faith in Thailand founded the tradition of tattooing. Annually in March, in the monastery, Bang Phra festival magic tattoos, sacred pictures. The winner of the drawing can only be male. Thais believe that tattoos called Sak Yant with a prayer and blessing give them protection from all sorts of trouble.
Is the advice useful?
See also
Подписывайтесь на наш канал