What matters are considered by the constitutional court

In modern Russia, many courts dealing with criminal, civil and arbitration cases, delivery of judgements and decisions, satisfaction of claims or denials of them. But there is another trial studying and evaluating the case associated exclusively with the observance of the Constitution of the Russian Federation, monitors compliance with state regulations. It is called Constitutional. 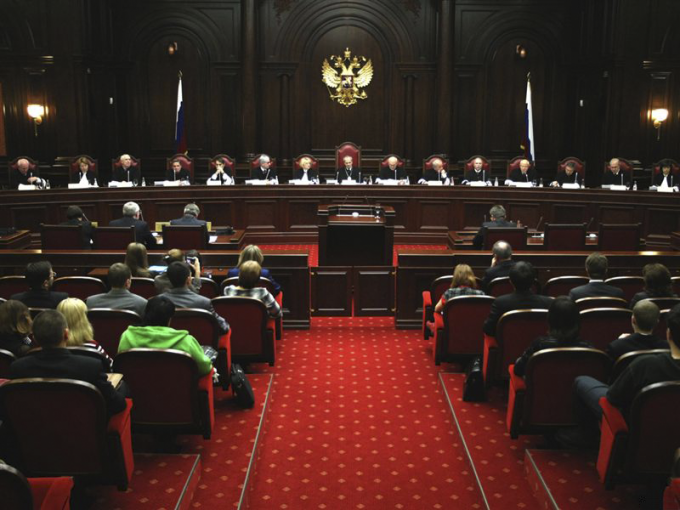 The walls of the White house

Born in October 1991, the Russian constitutional court (constitutional court) immediately became involved in the struggle between President Boris Yeltsin and his former allies, and then enemies Alexander Rutskoi and Ruslan Khasbulatov. Let no attack on the White house in Moscow, or in his defense, the court did not participate, but his head Valery Zorkin was one of those who attended the negotiations on the withdrawal from the constitutional crisis. Prepared Zorkin and the text of the agreement Yeltsin opponents, perhaps saved many lives.


Exactly, the COP recommended the delay amendment, substantially restricting powers of the President of the country, before a nationwide referendum in April of ' 93. And the parties to the conflict, Russia threatened a new Civil war, with him then agreed. However, the peace did not last long. By the way, anti-President of the court's decisions before it happened, in October 1993 the tragic events in Moscow, Boris Yeltsin was estimated that negatively. While dismissing the court soon created another. Under the new law, judges were denied the right to consider cases on their own initiative and to assess the constitutionality of political and legislative actions of the first persons of the country and the parties.

The constitutional court — most probably the "quiet" court in the country. There are no prosecutors and lawyers, defendants and convoy, and decisions while not subject to appeal or revision, but in the rigid form of the sentence clothed. However, the number of cases that were considered in the COP, it is possible to call "loud". So, in 1993, the COP concluded that the activities of Boris Yeltsin as President contrary to the Constitution. Under this decision, the Supreme Council voted for termination of powers of Boris Yeltsin, their transition to the Vice-President and the convening of an Extraordinary Congress. And soon at the White house, where he barricaded himself Rutskoi, Khasbulatov, President of the opposition MPs and their supporters, opened fire with tanks...


In 1995, the new composition of the constitutional court confirmed the legality of the greater part of the acts of Boris Yeltsin, trying thus to stop the war in Chechnya and to restore the Constitution of the country. And in 2014, the COP refused to consider the complaint of a resident of Togliatti Dmitry Tretyakov that the Supreme court did not accept his claim about the unconstitutionality of the dissolution of the USSR by decision of the Council of republics of the Supreme Soviet of the USSR on 26 December 1991.
Is the advice useful?
See also
Подписывайтесь на наш канал