How to remove the fuel pump in the Car

Lanos is truly a people's car. Cheap, practical, reliable, but the equipment is quite rich. Fuel system injection, in the tank is an electric pump that builds up pressure in the rail before the injectors. 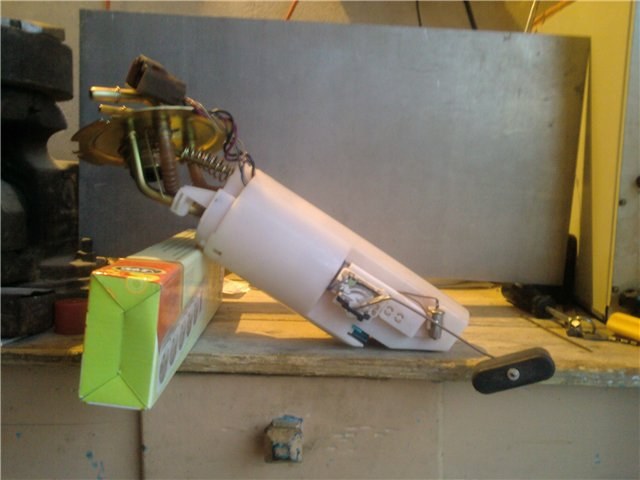 Related articles:
One of the most popular models is the Chevrolet Lanos. It is an American car brand, only the prototype of this model was the Daewoo Lanos is a native of Korea. Easy maintenance, high reliability, rich equipment (compared to the Russian car industry), simplicity, fairly low cost of both the car and the parts, played a decisive role. In the end, this model has become a kind of people's car in Russia and Ukraine.

The fuel system of the car is a little different in design from modern Russian cars. Already familiar injector ensures stable engine operation in all modes. Of course, the power of the motor is greatly increased, the consumption of gasoline is declining. The engine is very economical, and this trait can be attributed to the advantages that affect the choice of motorists.

The composition of the fuel system

The standard injection system, the heart of which is the four nozzles, which constitute the solenoid valves. Operation of nozzles is carried out using a control unit, which has special firmware. Firmware is a program that monitors a lot of data on the operation of the engine, their is based on the operation of the systems. To change engine power, enough to change the opening time of the injectors. Accordingly, the fuel consumption will change too.

Fuel rail connected to the injectors when the engine is under a certain pressure. This pressure is created using an electric fuel pump installed directly in the fuel tank of the vehicle. However, between the rail and the fuel line has a pressure regulator. If the rail pressure is constantly changing, and due to the controller it remains constant.

Removing the pump is made in the following cases:

• failure of the float level sensor;
• clogging of the mesh of the pump;
• breakdown of the fuel pump;
• periodic replacement of the fuel filter.

Located the pump under the rear seat. Before working you need to disconnect it by removing the fuse and start the engine. This will help to relieve the pressure in the fuel system. After disconnect the negative terminal from the battery (for greater reliability), proceed to removal.

First, remove the plug with the wires. Carefully, the upper parts are yellow clamps, squeezing it easily comes out. The clips also hold the fuel tubing. Second, the electric pump fixed on the tank by a locking ring which needs to be turned counterclockwise to remove. When it is removed, you can pull the fuel pump, just need to pour out the gasoline. And then spend a full replacement or change the filter element. Reassemble in the reverse sequence.
Is the advice useful?
Подписывайтесь на наш канал