When diagnosed with pregnancy on ultrasound

First ultrasound during pregnancy do 11-14 weeks. During this period, the ultrasound have the greatest informative value. 15-20 years ago a woman could not apply to the office of us in private, and because pregnancy outside of the women's consultations could be suspected only in case of delay of menstruation. Today women are often first to attend a private ultrasound office and then go to consultation. 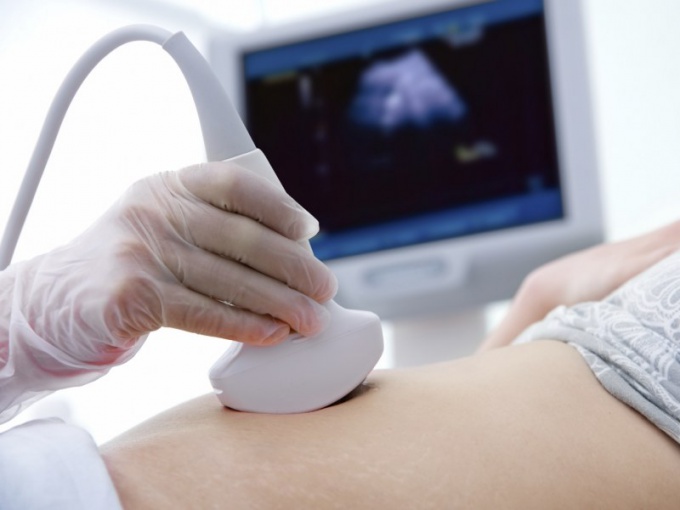 Related articles:
Instruction
1
Pregnancy ultrasound can determine starting from 4-6 weeks, depending on the device type and the professionalism of the doctor. The resolution of the majority of the devices ─ 1-3 mm, that means anything less than 2-3 mm, almost impossible to see. And if in 4 weeks size embryo of only 1 mm, then after two weeks it significantly more ─ 4-5 mm. Modern ultrasound machines can already see the gestational SAC in the uterine cavity.
2
The size of the ovum, even in 5 weeks is still insufficient to diagnose pregnancy is with the living and developing embryo is authentic, though the latest equipment allows high accuracy to assume its existence in a period of 2-3 weeks. The doctor will be able to see the gestational SAC but it is difficult to know whether it is fertilized at this time is impossible. Modern equipment allows to recognize the "discharge zone" ─ this is the intended site of implantation of the ovum. The practical meaning of such an early diagnosis is not, as in the early stages of pregnancy can be confused with neoplasms of the uterus ─ polyps and fibroids.
3
For this reason, it is not necessary to go to the office immediately after the delay period. Usually the doctor will suggest to do a test or tests on the content of the hormone HCG. This analysis credible in the early stages and show the existence of pregnancy before the anticipated date of menstruation.
4
Most reliable is considered an ultrasound at 7-8 weeks of pregnancy. The fertilized egg already has an impressive size ─ about 8 mm and weighs about 1 g. Even the specialist public profile will notice it in the womb. In addition, one can distinctly hear the heartbeat of the fetus ─ an important sign that the pregnancy is developing correctly, the fetus is in the uterus and he is alive.
5
Reliably determine multiple pregnancy only after 7 weeks ─ when you hear two or more heartbeats with different rhythms. Until that time visually identify the presence of several live embryos in the uterus is not easy - they can be positioned too close to the sensor perceive them as different objects.
6
Gynecologists recommend to take early pregnancy ultrasound if the probability of intrauterine pregnancy, for example, or if you want to interrupt it. In all other cases it is better to wait for the ultrasound at 11-13 weeks. This is because in the first 3 months are very high risk of miscarriage even in healthy women, and in multiple pregnancies the part of the embryo may stop developing and die ─ only one will remain.
7
You should bear in mind: private rooms, ultrasound pregnancy diagnosis is performed within 12 weeks inclusive if they have no license for the maintenance of pregnancy. You will only need a passport to enter the data in the ultrasound Protocol, then the document is legitimate and can be used by midwife in the antenatal clinic. You need to bring a disposable diaper or a towel napkin to wipe the gel from the abdomen.
Is the advice useful?
See also
Присоединяйтесь к нам
New advices