How to sow mustard for fertilizer

White mustard is an excellent green fertilizer. It is undemanding to air temperature, but not all soils will grow well. Plant this crop in a season multiple times, but after some of the plants to sow it. 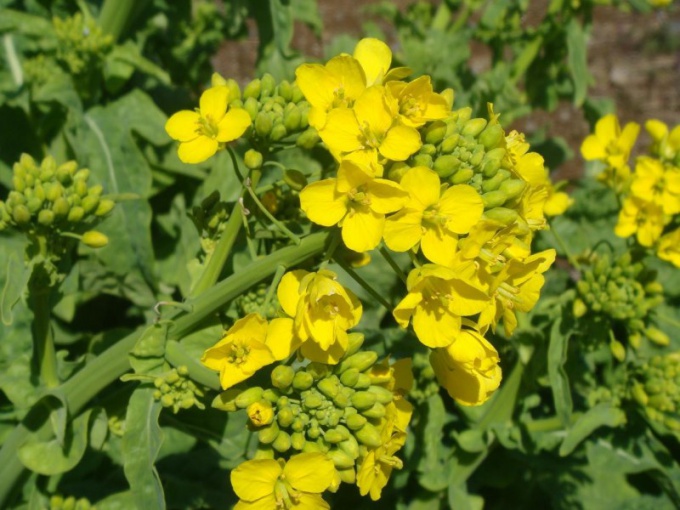 For a light, nutrient rich soil, any culture will feel. To make the earth like this will help the white mustard. She is able to lift the moisture, trace elements from a depth of 2-3 meters. It is a powerful plant accumulate in itself. Then it will be enough to mow the plantation and leave the culture directly in the garden. Pereprava, it will give the top layer of the soil its nutrients that are valuable for crops that will grow after it.

Another great quality of this culture – the suppression of weeds. Mustard grows solid wall, and unwanted guests beds just have no chance to come to the light to grow.

White mustard is an attendant station. At the place where she grew up, greatly reduced the number of slugs, wireworms, pea moth. Such fungal infections as potato scab, root rot, Rhizoctonia will not occur on the ridges, where the growth of this natural sanitizer.

When and where to plant

After it became obvious the feasibility of cultivation of this culture, it is important to decide where, when and how to sow mustard. The plant belongs to the cabbage family, so the territory where there were such a culture, it is not sown.

White mustard – cold-resistant culture. She will bring the return of freezing to – 5oC. Therefore, in the spring of visivite it in the early stages – as soon as the snow melts and the ground thaws a bit. The plant likes sandy, cultivated peat, soddy-podzolic soil. On loam it will act up, and the heavy clay would be very bad to grow. So put it on previously cultivated land.

Will podrujit the soil with a cultivator to a depth of 5 cm There are 2 basic ways of landing:

in the grooves;
in a scattering.

If you choose the first way, make a furrow with a depth of 2 cm Distance between them 15-17 see If you like the second method, simply sprinkle mustard seeds on the allotted plot under it, dug in advance, fill them with a rake. The first – more economical – a hundred need 120-150 grams of seeds. The second – the cost for the same section will be 300-400 g, but green mass will be more.

Soon the seeds will germinate. Periodically water them. Then the culture will grow rapidly. In mid-may cut it off with plane and leave right on the ridges. It must be cut before flowering. Put after it, for example, potatoes, tomatoes.

Sow mustard several times per season. So she gave a lot of green mass, the last time this do before August 10. If did it later, its disinfectant properties, the plant show, but a green manure will give less.
Is the advice useful?
Присоединяйтесь к нам
New advices