How to remove the bumper Lada Grant

Bumper car "Lada Granta" - the part that all construction elements subject to mechanical damage. To replace, repair, or external tuning bumper will need skills to disassemble. 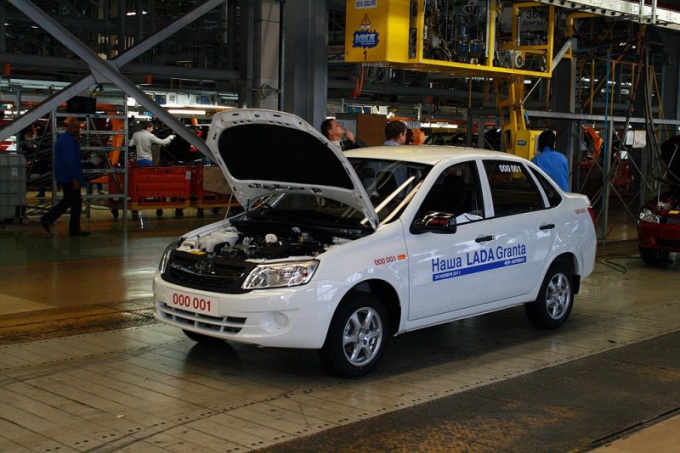 Related articles:
The bumper of the car "Lada Grant" provides protection of the body against deformation in collisions, effectively quenching the energy of the impact force. In addition to this important purpose, the bumper plays an aesthetic role, giving the exterior a finished appearance.

It is the bumper more often than other construction elements exposed to the outside: scratches from twigs high curbs, cracks in stones, damaged in accidents, etc. For repair or full replacement bumper "Grants" will require the skills to dismantle this part.

For dismantling the front bumper like the Lada Granta will need a small number of tools: wrench No. 8 Phillips screwdriver, TORX T20 and end head No. 10. All demolition work may only be undertaken if removed negative battery terminal. Before removing the bumper you must first dismantle license plate license plate to access the two bolts that hold the front bumper on the design of his amplifier.

Then using a Phillips head screwdriver, unscrewed the two side screws in the arch above the right and left wheel that secure the front part of the fender liner to the bumper. Next, open the hood, in the engine compartment, unscrewed the four Central and two side bolts on top holding the bumper to the car body. The bottom of the bumper attaches to the fender liner and the body with two screws and four bolts, they also need to Unscrew.

On both sides of the bumper there are clips connecting it to the wing. Carefully, with a small force pulling the edges of the bumper, you need to obtain a release of the latches from the nests of their fixation. Then disconnect the wire connectors and fully remove the bumper from the car "Lada Granta".

Dismantling the rear bumper is made using the same tools, only instead of a T20 key, need a key TORX T30. Before starting, you must first remove the rear arch liners on both sides, then remove the two screws that attach the bumper to the wheel arches. On the lower side of the body bumper is fixed by three bolts they unscrewed with the key.

In order to detach the rear bumper of the fixing elements on the perimeter of the body, you need to remove the rear lights. Access fixtures lights opened after removing the door trim panel of the trunk of a car. Unscrewing the eight bolts attaching items to the body, you have to remove the side latches out of engagement with the arms slightly to take the bumper and unplug the wiring connectors, completely remove the rear bumper from the car "Lada Granta".
Is the advice useful?
See also
Подписывайтесь на наш канал