How much to tip the waiter

Tip – it's a small percentage of the order amount which is paid to the servicing personnel. In some countries, tipping is a must, not to do so is to exercise the highest degree of inexperience. In Russia, the practice of tipping waiters is not completely established, but it is recommended not to forget about them. 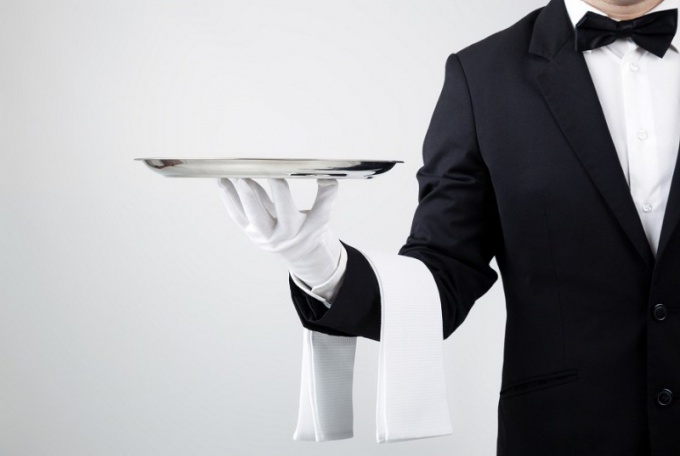 Related articles:
Instruction
1
The tip is quite different, depending on how much you are "sat" and in which country you are. More or less a universal solution can be called the idea to give a tip of about 10% of the order total.
2
To leave a tip less than 5% is considered bad form and a manifestation of greed. There is a placket and on the other hand: one should not give a tip more than 25%. In Russia there is no tradition to give a tip fixed, so often people just leave a flat amount, rounding out what is written on the receipt. In this case, be sure to tell the waiter that I don't need change. Sometimes visitors of restaurants prefer not to say anything, just not taking the change, but here by waiters not quite clear, maybe you just forgot the money, and left them for tea.
3
Tipping in Russia is left in the case when the people in the restaurant liked it. If the service was excellent, the food is delicious, and the waiters are helpful, you should definitely leave a tip. You can even add in excess of how much you typically leave, to encourage staff of the institution. Usually if service is bad, customers leave about 5%, and if you are very good, the amount is often increased to 15%. More than 15% tips, usually only wasteful or drunk visitors.
4
There are rules of etiquette regarding tipping. For example, in Germany it is customary to tell the waiter that you are happy with the service, when you leave a tip. In Russia the established rules. There are countries where tipping is considered an insult, for example, is Japan. It is useful to clarify the traditions relating to tips before you go somewhere.
5
Some institutions put a box for tips at the cash registers. There's usually written something like "for a tip", but sometimes the waiters are creative come up with different funny captions to lift the mood of customers or to amuse them. I must say that this policy works, tips in these boxes accumulate much more.
Note
Policy the use of tip varies, depending on the institution. In some places, the waiter takes all the tips he's received personally, and other tips put in the pile, the amount of which at the end of the shift divided at all equally. Sometimes it happens that the tip is already included in the cost of meals, about it it is reported in the menu or in the account.
Useful advice
In some institutions, this tip gets waiter and bartender, are much larger than the size of their wages. The size of the tip depends on the quality of service, polite and efficient waiters can always count on a good reward from clients. There are countries where waiters work only for tips, not getting any salary, for example, it is not uncommon in the United States.
Is the advice useful?
Подписывайтесь на наш канал