How does the chancre in women

The chancre in women looks like a round or oval spot on the skin is pinkish-red in color. Sometimes its surface is covered with yellowish-gray patina. The size of the chancre range from 1 mm to 5 cm in diameter. 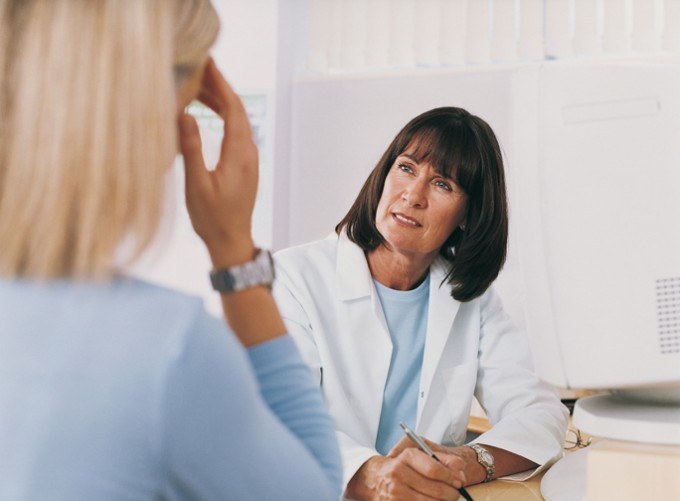 Related articles:
Instruction
1
The first symptoms of syphilis associated with the appearance of the chancre on the body. The chancre can be hard, soft or atypical and appear anywhere on the body depending on the space entrance gate of infection. It looks like the chancre in women?
2
Most often, the woman notices the appearance of the chancre, the labia, the clitoris or the anus. On the body of the patient can be somewhat of a chancre, but there can be only one, the localization of which is the uterus or mucous surface of the vagina. The woman then finds in himself the signs of the disease immediately.
3
A chancre usually appears as round or oval regular shape with smooth and clear boundaries. The bottom of the chancre is on one level with the surface of the skin, or slightly raised above it. The defect has a flat, smooth surface color of raw meat, sometimes it is observed dull yellowish-grey patina. If the bloom covered only the Central part of the chancre, between it and healthy skin is characterized by red border.
4
The size of the chancre may be different. If its diameter is 1-3 mm, it is called the dwarf, if he varies from 1 to 2 cm, then medium, and if more than 4-5 cm giant. Typical chancre does not cause the woman anxiety and pain. Chancroid in women looks like an ulcer of round shape pinkish red color with purulent accumulation in the middle. After a few days the ulcer breaks through the purulent contents breaks out and starts to infect the healthy tissue.
5
Sometimes soft chancre in primary stage has the appearance of pustules, looks very similar to the herpetic rash. During the week the pustules heal and in the future, the disease causes the bubonic ulcers over the affected lymph nodes. Such ulcers have the appearance of weeping of education with a brilliant funnel-shaped bottom and the rough raised edges. Chancroid leaves behind scars and deep scars.
6
Of the atypical forms of the chancre can be called a chancre-amygdalic, indurative edema and chancre-panaritium. The chancre of the first type appears on the tonsils and in appearance very similar to angina. Indurative edema appears in women on the labia, causing thickening of the skin and change its color to bluish stagnant. This swelling does not hurt and is not accompanied by inflammation. Chancre-panaritium looks like a normal felon. While on the distal phalanx of the thumb or the index finger, the skin swells and becomes bluish-red color, and this place is an ulcer, with deep jagged edges and purulent plaque on the bottom.
Is the advice useful?
See also
Присоединяйтесь к нам
New advices