How does a child with rickets

Height and weight of a newborn baby during the first year of life increases 1.5-2 times. For the formation of bone and muscular system toddler vital calcium and phosphate that are absorbed under the influence of vitamin D. 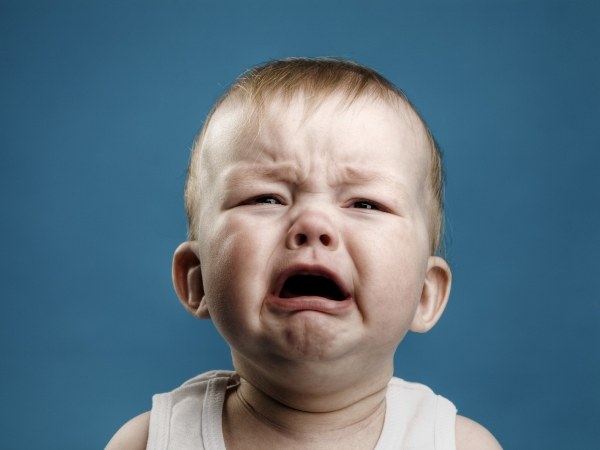 Related articles:
Instruction
1
Vitamin D deficiency causes rickets. Its first symptoms may be detected in a child at the age of 4-5 weeks. But most often this diagnosis is 2-3 months of baby's life. Rickets in the initial stage is characterized by increased nervous excitability: the child is often cranky, crying, screaming, restless sleeps and shudders. There is a slight lag from the norm in growth. The hallmark of the disease is slow closing of the Fontanelle.
2
Young parents should alert excessive sweating of the baby. When feeding or during sleep the back of the head, hands and feet soon become wet. There is a need to frequently change the baby, change a diaper and linens. Due to the wetness of the limbs of the child are often cold, and the hairs on the back of the head become brittle and gradually fall out.
3
With further development of rickets all the previous symptoms become more pronounced. They are joined by a trembling of the chin, handles. The kid gets tired quickly, so he prefers to spend time lying in bed, not in the game. Lack of nutrients affects the development of bone and muscular system of the child. The skull shape becomes uneven, there are bumps and hollows. Deformed thorax: either push forward or, on the contrary, falls. There is a clear boundary between the last rib and the top of the stomach. The belly becomes flattened and resembles a frog. If the child by this time begins to stand or walk, his legs are bent in the form of letters "X" or "O".
4
Neglected disease eventually leads to physical and mental delays. Due to the obvious deformities of the limbs the child can independently sit and stand. The forearms formed a characteristic "bracelets", and the phalanges thicken. Damage to the ribs makes breathing difficult, there is shortness of breath. The bones become so fragile that any false move leads to fracture. In addition, disrupted the heart and liver.
5
For the prevention of rickets children from three months prescribers that contains vitamin D at a dosage of 1-2 drops per day. Make them in the period from October to may. In the summer, medications cancel to prevent an overdose of vitamin D. Because the sun becomes more active. Treat rickets with the same vitamins in larger doses. In parallel, physiotherapy, fitness and swimming lessons.
Is the advice useful?
See also
Присоединяйтесь к нам
New advices