All about AIDS, what are the symptoms

Acquired immunodeficiency syndrome – AIDS is a deadly disease, and funds to treat it, currently simply does not exist. More than 20 years ago, the world began an epidemic of this terrible disease. What is known about this "plague of the twentieth century", and what are her symptoms. 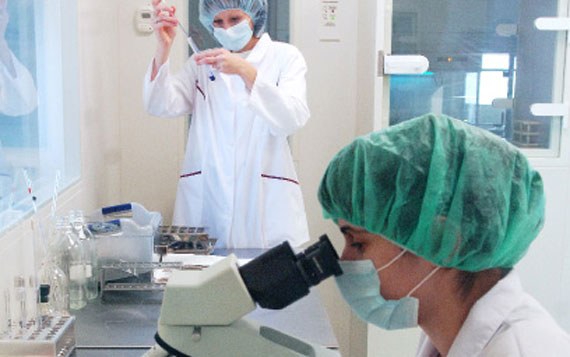 Where AIDS comes from

Some scientists believe that the HIV virus was transferred from monkey to human in 1926. In 1959 in the Republic of Congo, the man died. Studies of physicians showed that perhaps this was the first human death from AIDS.

In 1969, in the United States among prostitutes was documented symptoms similar to AIDS, however, in that time the doctors did not betray these cases special attention, believing that they died from a rare variety of pneumonia.

Only in 1981, American scientist Michael Gottlieb for the first time gave an accurate description of the disease, characterized by deep lesions of the immune system. Previously such immune deficiency suffered only premature newborns.

In 1985 it was found that the human immunodeficiency virus – HIV is transmitted through the liquid medium of the body: blood, semen and breast milk. AIDS is the end stage of HIV disease, which causes fatal damage to the human immune system.

Death from AIDS is the sixth place among people aged 25 to 45 years in the United States. Since the beginning of the epidemic in the world has killed more than 25 000 000 people.

AIDS can be transmitted sexually, through blood or from mother to child. The HIV virus is not transmitted through hugging, mosquitoes, sweat, or touch objects that have previously touched infected. Often suffer from HIV are drug addicts that share needles, infants born from mothers HIV patient, people who practice unprotected sex and those who had a blood transfusion.

To avoid getting AIDS, you should follow certain precautions. It is advisable to have sexual intercourse with only one partner, which fully sure. Dealing with prostitutes and casual acquaintances, a man puts himself at risk of Contracting this incurable disease. You need to avoid contact with the blood of another person. Positive people must inform their sexual partner about your HIV status. During sex you should always use condoms.

You should only use private hygiene items, razors and toothbrushes. During a visit to the dentist need to make sure that the doctor used disposable instruments only. The same applies to treatments of acupuncture and tattooing. If you have surgery, which will require a blood transfusion, it is better to discuss in advance the opportunity to donate blood for subsequent transfusion to yourself.

The Symptoms Of AIDS

AIDS begins with HIV infection. In infected people, symptoms may not appear for 10 years or more, however, throughout this time people can transmit the infection to others. If time does not begin treatment, HIV will totally weaken the immune system and gradually starts AIDS.

Later symptoms of HIV, which can occur years after infection: persistent fevers, excessive sweating, chronic fatigue and weakness, weight loss. On the skin and in the mouth and nose appear dark red tumor masses. The sick person is often sick with respiratory diseases, it surface heavy breathing and dry cough.
Is the advice useful?
See also
Подписывайтесь на наш канал