How to plant tomatoes in Central

The choice of varieties of tomatoes for the middle band is great. Lovers of exotic will be interesting to fruit pink, beige, orange, black colors, which are different to the original form. The followers varieties are time-tested, too, will choose interesting options. 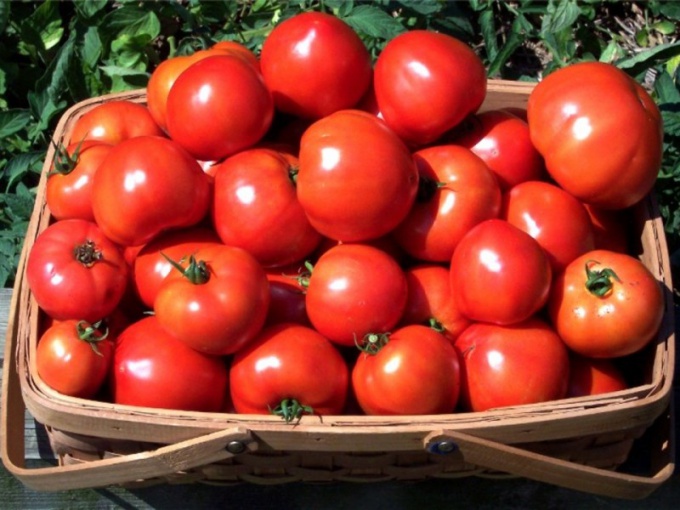 Think about where it will grow tomatoes. If in this global structure, like a greenhouse, you can plant indeterminate instances. They rush up to 1.5-2.5 meters. Low greenhouse feel good seedsi-determinate varieties, with a height of 50-150 cm of open ground suitable precocious and those that have resistance to late blight.

Plant in a greenhouse made of polycarbonate, glass, "Bull's heart". This sort of time-tested. The fruit is red, meaty and very large. If you want novelty, then you can buy seeds Solovieva heart." The fruits are also very large in size, but have a pink-raspberry color.

In a tall building perfectly grow indeterminate tomatoes carpal type. The main thing is to tie them to the support, and grows to the ceiling of the greenhouse. Put "Japanese truffles. The fruit of this tomato have good taste and decorative. They are not very large, pear-shaped, are black and yellow in color. They are easy to preserve, as pomodorini easily fit through the neck of the banks.

By the way, the fruits of sunlight is rich in vitamin C. Therefore find a place in the greenhouse or a greenhouse for "Persimmon", "Orange". It is called so varieties of tomatoes orange. Fruit rather large, roundish in shape, sweet in taste.

Medium "Black Prince" has been popular for several decades. Compared to him "Negro" – a fairly new variety, but also grown in the middle lane. In appearance and taste it is very similar to his older brother.

Variety of tomatoes for the middle band "Golden drop" early maturing, resistant to late blight, so it can be put not only under the shelter but in the open ground. The plant becomes high, Bush needed backup. If you plant next to a few copies, and soon they form protonotary, very showy hedge.

To grow in the middle lane cherry tomatoes are not only possible, but necessary. Their sweet fruit is very good with children. Cherry are not only traditionally red, but also yellow, pink. Plant variety is "Golden cherry" and the tall, slender brushes are strewn with small, but sweet and fragrant fruit. "Cherry red" will spoil the fruit scarlet.

Varieties belonging to the group "cherry", encouraging resistance to late blight, which most of the crop of tomatoes in open ground dies in August. This group include: "Sunny Bunny", "Black cherry". Tomatoes cherry White currant fruit cream color.

Tomato Banana has an elongated conical shape. It is likely to adopt sweet pepper as a ripe fruit gets red and looks similar to this vegetable. Plant this new variety, and you will not regret it.
Is the advice useful?
See also
Подписывайтесь на наш канал