What to do if you had skin

Damage mole is very dangerous. The fact that these formations are essentially tumors, but they usually do not grow. But if the mole (nevus) to injure, it may start to increase and degenerate into a treacherous malignant tumor – a melanoma. 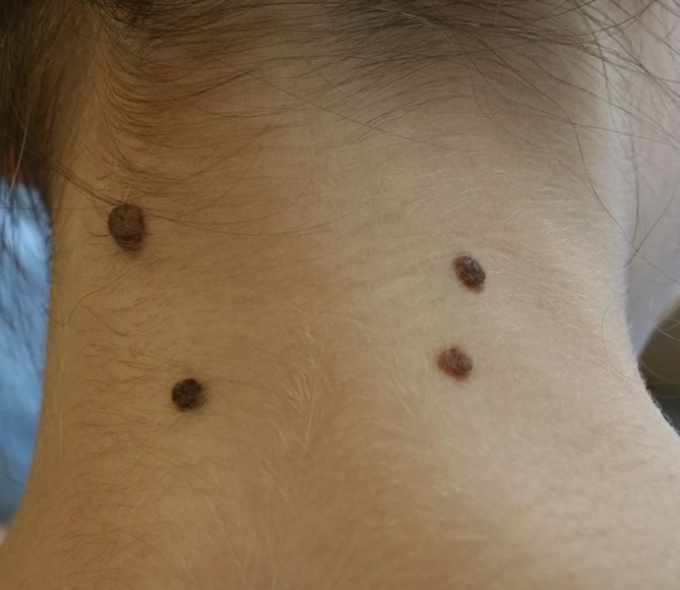 Related articles:
Any mole requires careful attitude. Because it is not so harmless, what seems at first glance. At any moment ordinary nevi can degenerate into malignant melanoma – the most dangerous form of skin cancer. And to such a deplorable result could not only damage the moles, but her constant rubbing uncomfortable clothes or hair (if it is, for example, on the neck).Melanoma is a very aggressive tumor. If its cells into the blood, and she quickly begins to spread throughout the body and almost untreatable. So if you accidentally ripped off a mole, you should immediately consult the dermatologist or the surgeon, but the best – to-skin oncologist.But before that you can take some independent action. First, stop the bleeding if you have bleeding at the site of damage. Use a cotton pad or sterile cotton wool and hydrogen peroxide, press a swab to the mole. From top, apply several layers of dry gauze and hold this compress for 10-15 minutes. You can then impose on the injured place a compress of the fungus.If you stripped the mole completely, in any case, don't throw it away, and place in a sealed jar and take it to the doctor. She will need in order to make a histological study of the determination of the purity of the tumor. Histology is needed to exclude the risk of developing cancer. If you just traumatized nevus, a medical facility you will remove it using a particular method. Each of existing methods has its indications and contraindications, the choice of treatment determined by the physician.Nevus can be removed with electrocautery and laser, radio wave equipment by clipping. To remove the moleand bandage her thread that she has disappeared, as is sometimes recommended in the so-called "folk" recipes, in any case impossible. As a rule, such actions always lead to dire consequences in the form of malignant transformation of nevi.
Is the advice useful?
Подписывайтесь на наш канал