What is the meaning of the novel Bulgakov's "Master and Margarita"

The novel of M. Bulgakov "Master and Margarita" - a unique book: in it everyone discovers their own meaning. This piece truly endless for all sorts of subtexts, analogies, and allegories. However, the author called his novel is "Master and Margarita", although these characters appear only in the second part of the book. What secret meaning have invested Bulgakov in this extraordinary novel, which left behind many questions and was dismantled for quotes? 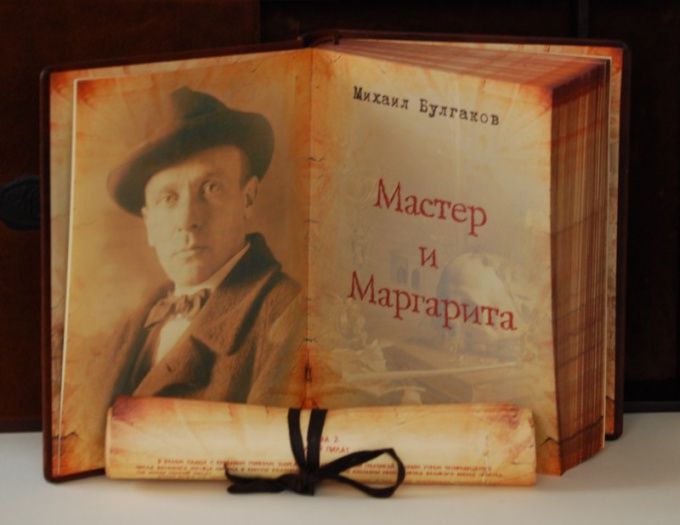 The eternal theme of good and evil

On the novel "the Master and Margarita" Bulgakov worked for about 12 years so not had its final edit. This novel was a real revelation of the writer Bulgakov himself said it was his basic message to humanity, a Testament to posterity.

This novel, written many books. Among researchers creative heritage of Bulgakov is believed that this work is a kind of political treatise. In Woland they saw Stalin and his retinue were identified with the political figures of the time. However, to consider the novel "Master and Margarita" only from this point of view and see them as just political satire would be wrong.

Some literary critics believe that the main meaning of this mystical work is the eternal struggle between good and evil. According to Bulgakov, it turns out that good and evil on Earth must always be in equilibrium. Yeshua and Woland represent these two spiritual start. One of the key phrases of the novel were the words of Woland, he said, turning to Levi Matthew, "would you be so kind as to think over the question: what would your good be doing if there were no evil, and how the earth would look like if she disappeared the shadows?"

In the novel the evil in the person of Woland, ceases humane and fair. Good and evil are intertwined and are in close interaction, especially in human souls. Voland punished the people of evil for evil for the sake of justice.

No wonder some critics drew the analogy of Bulgakov's novel and the story of Faust, though in "the Master and Margarita" the situation is presented upside down. Faust sold his soul to the devil and betrayed the love of Marguerite for the sake thirst for knowledge, and in the novel Bulgakov Margarita makes a deal with the devil for the love of the Master.

The struggle for human

Residents of Bulgakov's Moscow are brought before the reader a collection of puppets, tormented by passions. Crucial stage in Vaudeville, where Woland sits in front of an audience and begins to talk about the fact that people don't change for centuries.

In the background of this faceless mass only the Master and Margarita is deeply aware of how the world works and who rules it.

The image of the Master is a collective and autobiographical. The reader does not know his real name. In the face of the master supports any artist, and the man who has his own vision of the world. Margarita is the image of the ideal woman who is able to love to the end, despite the difficulties and obstacles. They are ideal collective images of dedicated men and faithful to their woman's feelings.

Thus, the meaning of this immortal novel can be divided into three layers.

Over all is the confrontation between Woland and Yeshua along with his disciples and retinue are continuous the fight for immortality of the human soul, playing with destinies of people.

Below are people like the Master and Margarita, joined later on by a disciple of a Master Professor of ponyri. These people are spiritually more Mature, and realizing that life is much more complicated than seems at first glance.

And finally, at the bottom are the ordinary people of Bulgakov's Moscow. They do not have the will and seek only to material values.

The novel Bulgakov's "Master and Margarita" is a constant warning against inattention to themselves, from blind adherence to routine things, at the expense of awareness of self.
Is the advice useful?
See also
Присоединяйтесь к нам
New advices