How did the phrase "manuscripts do not burn"

Expressions in the language include metaphor. Their meaning is clear to all native speakers, but if you think about their meaning, are often difficult to understand why they say exactly, and where did such a phrase. 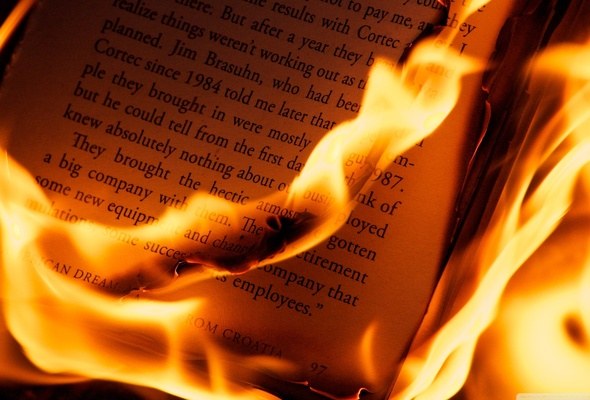 Related articles:
Instruction
1
The phrase "manuscripts do not burn" first appeared in the famous novel of Mikhail Bulgakov "Master and Margarita" from the mouth of Woland. Although the novel was written in the 20th century, this expression became so popular that there were in Russian literature and culture for a very long time. It's like have long lived in people's wisdom and had just been waiting for the right time to occur on the pages of the immortal work.
2
If you think about the meaning of this expression, it is possible to find a contradiction. It would seem that the manuscript can not burn? They're not made of asbestos, so any book you can easily burn. In the literature there's a lot of evidence, such as written and then abandoned by Gogol in the fire the second novel "Dead souls" or the destruction of books in the novel by ray Bradbury "451 degrees Fahrenheit".
3
However, the deeper meaning of this phrase is not in the ability of paper to be burned. Because by itself, the paper has no particular value as long as it does not appear to be a person's thoughts, his experiences, entertaining stories that translate into talent. Only then will the paper come alive, pages of books turn into conductors through different worlds and events, but more importantly - they are a guide into the soul of the author. His thoughts, wisdom and talent are woven on the page in letters, words and lines become a real work of art that is not able to destroy even the flames.
4
When talented work becomes known to people, the word about him passed from mouth to mouth, from person to person. There are new books and new people, they sink into the soul and affect their lives, and sometimes even change it. Such knowledge is impossible simply to destroy or erase, it continues to live forever, and finally becomes immortal. Such books survive generations, turn into classical music, but the idea behind them lives on in the minds of millions of people.
5
That is why the fighters for freedom of speech argue that to forbid people to say what they think and feel useless. All thoughts sooner or later will find expression. Appearing once invisible shadow, the idea will grow and flourish in the minds of other people. Even unknown books that are not published in huge numbers, but who were able to influence at least a few lives, immortal. This is the true meaning of the phrase "manuscripts do not burn".
Is the advice useful?
Подписывайтесь на наш канал