Encephalitis is a viral disease that is transmitted to animals and humans through the bites of Ixodes ticks. The most terrible symptom of encephalitis is inflammation of the brain. 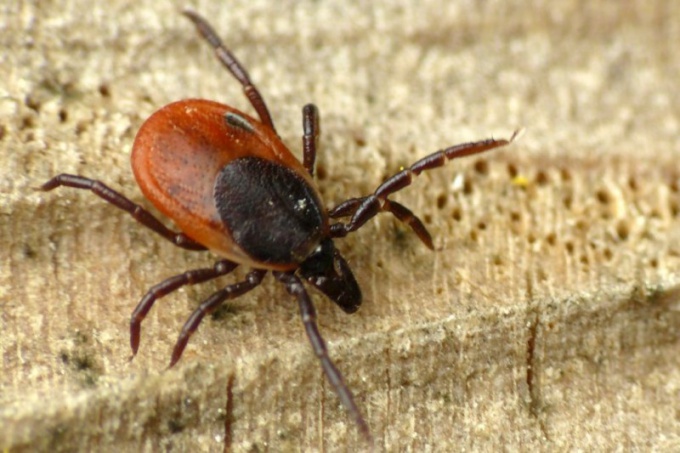 Related articles:
Instruction
1
Tick-borne encephalitis or taiga encephalitis is an acute neyrovirushnykh infection that is transmitted by ticks. Characterized by sudden onset, pronounced fever and various lesions of the Central nervous system. The disease is known in two geographical variants – Eastern and Western encephalitis.
2
The causative agent of tick-borne encephalitis refers to the arboviruses of group B. Among lab animals most sensitive to this virus to white mice, cotton rats, hamsters, monkeys, and domestic animals sheep, goats, pigs, horses.
3
The virus is very sensitive to most common disinfectants and to the action of high temperatures, but in the dried state may persist for many months or even several years.
4
Vector-borne encephalitis, ixodic ticks. They also serve as a reservoir in which the pathogen resides. Infection even nutritional way, for example, by eating raw milk. For encephalitis is characterized by seasonality. The first cases usually appear in April, then their number increases and reaches maximum values in may-June. But during the July-October may experience some isolated cases of infection with encephalitis.
5
With regard to susceptibility to infected with encephalitis can all age group people. But most of all vulnerable to infection persons who by the nature of the profession associated with the forest or frequenting the forest, such as mushroom pickers.
6
There are two ways of Contracting encephalitis – vector-borne and alimentary. When vector-borne route of infection entry is the skin, and when the alimentary mucous membranes of the gastrointestinal tract. After penetration under the skin comes the latent period of the disease when the virus multiplies in the subcutaneous tissue, but due to dissemination may be detected in the lymph nodes, gastrointestinal tract or spleen. The next stage is the neural, during which the virus multiplies in the Central nervous system. Affects hard and soft meninges.
7
The incubation period for encephalitis varies from 10 to 14 days. The beginning is manifested by weakness, headache and numbness in half of face or body, mental disorders. Also, there is a fever with a temperature rise to 39-40°, 5 degrees. May be vomiting, excruciating joint pain and photophobia. CNS can be observed paresthesia, paresis of the limbs, convulsions, double vision and even loss of consciousness.
8
Hospitalized with encephalitis mandatory. The condition statement is a complete recovery. Special treatment to horse gamma globulin, which is administered intramuscularly in a dosage of up to 6 ml. it is Also possible the use of human hyperimmune Gama-globulin.
Is the advice useful?
See also
Присоединяйтесь к нам
New advices