The best sayings about Pushkin

"The sun of Russian poetry" - one of the most famous sayings about Alexander Pushkin. It belongs to Vladimir Fedorovich Odoevskogo, writer, and first heard, or rather, was published in the Annex to the newspaper "Russian invalid" 30 Jan 1837. I must say that this remark, which generally sounded like "the Sun of Russian poetry has set..." provoked the wrath of the S. S. Uvarov, the Minister of national education. He could not grasp what the late poet and honored. 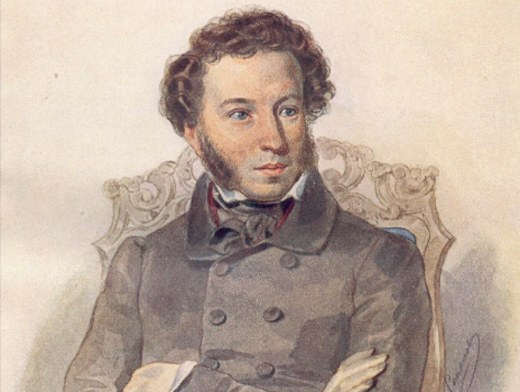 Related articles:
For more than a century works by Alexander Pushkin study in Russian (and not only) schools and universities, he is considered a founder of Russian literary language, the writer, brilliantly owning the epistolary genre, inspired the researcher of history of Russia. Large seen from a distance, but for us, the descendants of the poet's contemporaries, this distance was temporal distance, allowing you to notice and appreciate something that is otherwise perceived representatives of the 19th century. Pushkin at the time of his life was and appreciate, and persecuted with the same zeal. Some admired, others are blaming, gossiping, grass and eventually brought the poet to a duel, which cost him his life. Better, louder, more beautiful and more ruthless of all in those fateful days when St. Petersburg was shocked by the news of the death of Pushkin, it is said very few people then known Lieutenant Mikhail Lermontov:
"The poet died!- slave of honor
Fell, slandered by a rumor,
With lead in breast and vengeance,
Hanging his proud head!"

A crown of thorns, wreathed with laurels

Unfortunately, Alexander took to die (and, apparently, he perfectly knew that it was the tragic end will take him to the inaccessible heights of his appreciated. No line, no masterpiece could not do what I did martyrdom: she was forced to see the genius in the man that many contemporaries perceived as a not too successful rhymer. Very few were able to see and understand what value for Russia is Pushkin. One of them was Vasily Andreyevich Zhukovsky, a wise and good knight of poetry, which once gave the young Alexander his portrait with the inscription: "to the Winner-the pupil from the vanquished teacher."

How to treat yourself, Alexander? He was expressive, bold on the tongue, shrewd, and sarcastic young man who set himself the most difficult creative tasks. One of these peaks was the drama "Boris Godunov", which not only embodied the spirit of a distant era, but was written with a stunning poetic and psychological accuracy. After completing and re-reading his creation, the poet was in awe of the fact that it was conceived to do, and said about himself: "Ah Yes Pushkin, Ah Yes son of a bitch!" This phrase has been preserved in one of the letters of the poet, which has always been inscribed easily, but was fraught with the same poetic talent that illuminated all that out from under Pushkin's pen.

When the Golden age of Russian poetry (literary epoch to which belonged Alexander) came the age of silver, time Balmont, Gumilev, Pushkin, Akhmatova, Mayakovsky, the best line "the smartest husband of Russia" dedicated to the genius of Marina Tsvetaeva, and in a prose masterpiece "My Pushkin", and in verse:

"The scourge of gendarmes, God of students,
Bile husbands delight..."

And the Alexander, while still a very young man who wrote the epitaph on himself, hoping to live a long life, which, alas, did not take place:
"Here Pushkin was buried; he with the Muse young,
With love, laziness has had a fun century
Didn't do good, but the train was the soul,
Honest to God, good man".
Is the advice useful?
See also
Подписывайтесь на наш канал